LONDON CALLING: Designer Gregory Williams talks about his LFW collection and why he's the next big thing 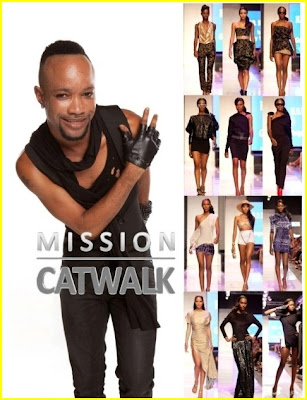 BEST IN SHOW: Williams, with pieces from his CFW 2012 collection.
Jamaica’s Olympic hopefuls aren’t the only ones with London on the mind these days. Multifaceted designer Gregory Williams has a date with destiny as he is itching to light up the fashion mecca with a showcase of characteristically edgy designs from his HOD label.

As you already know by now, the 28-year-old Williams was recently crowned Season Two champ on the fashion reality series Mission Catwalk and among his attractive stash of prizes (totaling some $3 million) is the chance to debut a collection at the next London Fashion Week (LFW).

Though the date of his LFW showcase has not yet been ascertained, Gregory is counting down the days by fine-tuning his pieces. “Of course, I’m going to present a brand-new collection. I want it to be a mixture of local and international styles, so it will have mainstream appeal,” he tells TALLAWAH over the phone. “I’m going for a tropical meets international kind of vibe.”Never one to shy away from pushing the creative limits with his work, Gregory says the forthcoming womenswear line will be full of his signature outside-the-box originality and head-turning seductiveness. “Very edgy as usual. Elegant couture, ready-to-wear. It will appeal to a lot of different women.”Even before Catwalk made him famous, Gregory was a hit with female clients from within and outside the corporate area. He hopes to capitalize on the exposure the series has afforded him.

“The show just wrapped, and even though it gave you a platform you still have to push yourself,” explains the designer, whose accolades include the title of Avante-Garde Designer of the Year for 2010 and 2011. “But I’m confident about my future. Every year I tell myself I want to achieve something new, and it’s been happening for me. I see where my work is evolving.”

His advice for those hoping to follow in his footsteps is simple and straightforward. “You have to have confidence, do your research and have a strong heart,” he says. “Be prepared to work hard. It’s not as easy as it looks.”

Email ThisBlogThis!Share to TwitterShare to FacebookShare to Pinterest
Labels: Fashion Buzz, Ones To Watch, TALLAWAH Exclusive, The Style File