STILL STANDING: Patra on finishing her education, her new music, and sex in reggae 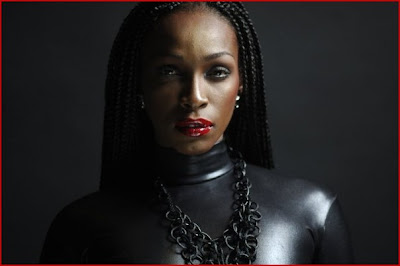 WITH AN EDGE: "There’s nothing for me to compare myself to."
If you thought you’d seen or heard the last of Patra, think again. Dancehall’s original vixen (née Dorothy Smith) says she’s still in the game and poised to reinvigorate her career with some hits for the summer and a new studio album (later this year) that will let fans get to know her again. The 39-year-old star recently chatted with VIBE Magazine. Below, some excerpts:On her lengthy hiatus from the spotlight: “What happened was I was taking a break, to get my career on track. It’s very simple. I just wanted to be in control, finish my education, and just to be happy, that’s basically it. There’s nothing really dramatic to discuss. I just needed to take that break to get myself and things together in order to be in control of my own business. To me that is the most refreshing thing I was able to accomplish from my absence from the scene is to be in control of my stuff.”On her upcoming album: “I decided to keep it simple and name it Patra: The Continuation. Because actually, I didn’t go anywhere, I was just focusing on getting stuff straightened out and I just want to continue where I left off and try to be even better.”On still keeping it hot and spicy: “It’s always going to be about sex with me, nothing political. I’m just focusing on being sexy all the time. That’s all I’m doing right now. Just being sexy, chopping up the charts and everything. I just want to feel good! I love what I do, and I’m excited to be back. And of course, the original dance queen come back!”On controlling her destiny: “When you have old school artists like me, you can evolve and change. I haven’t evolved, but I’ve evolved in terms of my company. But I’m not changing anything. I haven’t seen a change really. I think everybody is doing what they’re doing. I’m just blessed to be doing what I’m doing and taking reggae music to a whole other level. There’s nothing for me to compare myself to.”

Posted by TALLAWAH Magazine (tallawahmagazine@gmail.com) at 11:37 am