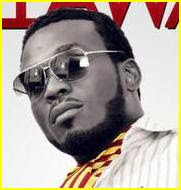 PRODIGAL POWER: Superstar Prodigal Son talks career and charity
Ah boy, he's really a prodigal still searching for identity in things, fame, people's adoration, articles like these, affirmation from those who are afraid to keep him on the right track. What happened to the Prodigal that preached the undiluted gospel? – Anonymous To God be the glory, great things he has done. God took this man out of a wasted life and put him up on a rock. People will always have something to say, but once you know where you are going that don’t matter. A just God! – Anonymous

FIFTY SHADES OF GREEN: Jamaica 50 theme song “On a Mission” stirs controversy
It obviously has a different, more modern “feel” than the other song. But I know quite a few young people who don't like it. The issue is not really which song sounds best but how the whole thing has been handled. And won't “techno pop” sound old-fashioned and passé in a few years' time? Hardly one for posterity. – Petchary Sorry, but for me it is way too ordinary, and one thing we Jamaicans are not is ordinary. We a nuh common mango! We a straight Julie and East Indian so not even school pickney ago waah digest this. A clear miss for me. – Nikki We can do better at 50. We are Jamaicans. Why not put this out to a competitive effort like we did with the National Anthem in 1962 or with the JCDC song competition every year? – AnonymousLook! Jamaica is known all over the world for her music, not for copying other people's music. This is not Jamaican! – Anonymous Sounds hip and hyped up but not the best that we do in terms of music that represents the root and flavour of Jamaican music. Lyrics, intro, composition not capturing the 50-year milestone. Wheel and come again! – Anonymous