WALKING ON WATER: New on the fashion scene, The Collections is a glamorous delight 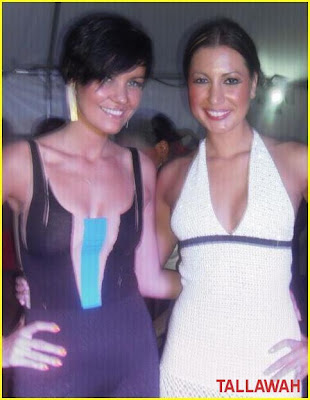 MODEL BEHAVIOUR: Slovak (left) poses with a model wearing one of her designs.
All season long, the local fashion scene has been paying homage to the timeless spirit of Aquarius. Style Week recently returned to its old sea-washed haunt of Port Royal. At last weekend’s Caribbean Fashion Week a host of designers – from Haiti’s David Andre to Jamaica’s Crystal Powell to Trinidad’s Meiling – was seeing the sea. Water, water everywhere.So you can imagine my delight (being a water sign myself) when the inaugural The Collections, which brought the curtains down on the 2012 season, did so not only with generous helpings of fab couture and no shortage of glamour but with a magnificent aqua setting: the Wyndham poolside In fact, the evening’s glittering catwalk extended the width of the pool. So, more or less, the statuesque models were gliding on water. (By all accounts, the event’s organizers were determined to have the show come off as the most original of the season.)Overall, for a first-time effort The Collections was a genuine delight, drawing a sizeable crowd to the Wyndham, a well-lit venue lent heightened glamour thanks to the inclusion of Audi’s latest luxurious (vehicular) models prominently displayed around the place. 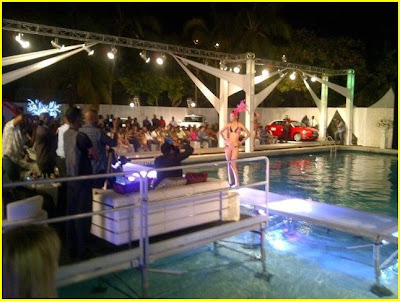 With such a splendid aura, the evening’s three designers were charged to deliver and they did, unleashing a rash of winsome, modern looks that kept viewers glued to the runway. California-born swimwear designer Daniel ‘Red’ Carter proved why he’s such an acclaimed talent with an amazing 28-piece collection of sexy, flirtatious looks worn by a bevy of curvaceous beauties (including Chantal Zaky), some completing their looks with a headpiece from Cinderella Hats. Then there was the uber-masculine, sartorially edgy collection from Dexter Huxtable, who gave an endless stream of casual day-to-evening looks for men. Slim jackets, easy dress shirts, jeans – several looks oozing a rough-around-the-edges finish.And then there was Lubica. In spite of an obvious desire to step out of her comfort zone, Miss Slovak stayed true to her minimalist aesthetic, sending down the runway a series of fluid and floaty tops and other elegant separates, sexy shorts and curve-hugging dresses, all enveloped in an effortless, summery and utterly feminine appeal. What’s more, the collection got raves for its unusual mix of whites and brights and, wonderfully, a few unexpected flourishes that you simply had to see to believe. And that, I believe, is an apt description for the entire show itself, which is a welcome addition to the Kingston style scene. 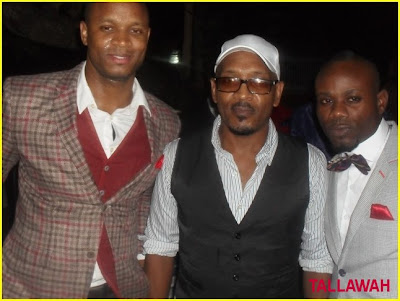 DAPPER KINGS: Huxtable (centre) with a pair of models in his designs.