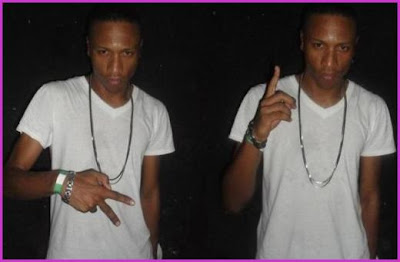 SON OF THE PROPHET: "I try not to limit myself to a genre."
For 25-year-old Sean Lypher (yup, that’s his real name), being one of the hottest new talents in Jamaican music (with a vibrant, unique blend of rap and hallelujahs) means heeding The Creator’s call – and having the time of his ‘lyphe’. TALLAWAH meets the promising new face of hip-hop/dancehall gospel:TALLAWAH: How have you been handling the overwhelmingly positive response to your music?Sean: It’s been a humbling experience. I try not to take it as anything too much because I don’t want any self in the thing. So I’m just happy to see what God is doing and seeing that changes are being made in people’s lives and people being impacted by the music, by the ministry that God has given to me. So it’s just basically for God’s glory.Share a little about your musical journey to this point, where you seem poised for greater things.I started out with this group called The Sons of the Prophet. We were a hip-hop/rap group and we took it to really some decent levels. We actually had an album out called Unorthodox His Will, which we released in 2008. But now the group is broken up and I just decided to, well not me, God decided to have me continue doing it solo. So I mean, he gave me some songs in the year 2010, and from then he has just launched into something that is truly unbelievable.Where are you headed next? What’s in your five-year plan?Five-year plan. I don’t have those. I try not to keep five-year-plans. I don’t want to box God in at all. It sounds crazy because people have plans. But God plan, man laugh. Hold on, let me take that back. Man plan, God laugh.What’s your alma mater?I went to Meadowbrook High School. Yeah, and outside of music I pretty much work. I have a 9-to-5.Interesting. What do you do?I am a records officer at the Services Commission. Central Government.So Kingston is home?Portmore. Portmore City. You nah mean. (Laughs).I hear you. A lot of our talented entertainers hail from that side.True. But I mean, God keeps this afloat even though I have a 9-to-5 and I go to school and all that. He makes this happen, so I’m very grateful.So your music is basically a blend of the hip-hop with the spiritual and the inspirational.Yeah, I try to mix everything with the music. I try not to limit myself to a genre.So what do you see in your future?Right now I’m working with Radikal Yawd, working with Prodigal Son. I just did a song with him for his new album, and I also did a song with Kevin Downswell for his latest album. As to where [my music] ends up, I’m just really trusting in the Lord. I plan to just continue doing good music, and having Christians being edified, encouraged and empowered by the word. God is good, and that’s where it is right now. I’m just giving thanks for everything and all the doors that he’s been opening up.