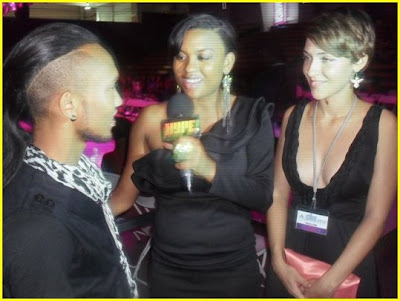 SPEAK NOW: Ryan Chan (left) and Rebecca Stirm with a HYPE TV reporter.
It was billed as a grand showdown and the supertalented participants did not disappoint. Vying for the championship on Mission Catwalk this season, Top 3 finalists Ryan Chan, Crystal Powell and Gregory Williams brought their A game (and some wow factor) to their debut collections at CFW on the weekend. Energy, elegance and pure edginess. TALLAWAH caught up with rising design stars after the show to talk creativity and inspiration: 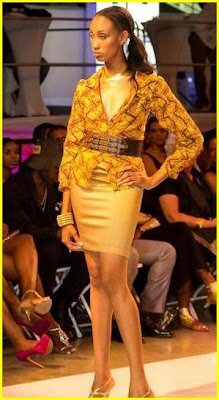 RYAN CHAN: “The Age of Spartacus”
“My collection was basically inspired by Spartacus. It’s kind of a Roman thing,” says Trinidadian Chan, who showed a very feminine 12-piece collection in earthy tones and pastel hues with touches of precious metals. “The gold represents the wealth of the Romans, so I really tried to play with a lot of metallics and copper. From ever since, I have been a huge fan of the Romans and gladiators. And it’s the first time I’m presenting a collection at such a big fashion event, so I really wanted to stick to who I am.”On the CFW atmosphere: “It’s amazing, and I think I could get used to this.”His Jamaican connection: “I’ve been here four times now.”What’s next: “I definitely hope to be launching my clothing line sometime around.”**** 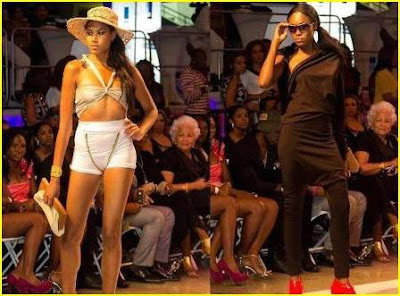 GREGORY WILLIAMS: “Tough Glamour”
Ever the risk-taker, Williams experimented wholeheartedly with cuts and textures, resulting in a memorably eclectic collection with kick and attitude. “I always want my creations to pop. And I’m not a girly designer. I like my work to be edgy,” says Williams, who sent his pieces down the runway to a (who else?) Lady GaGa soundtrack. Lots of black, with unexpected touches like a lanky model given a straw hat to complete one of the beach-friendly looks.On the CFW atmosphere: “I feel great. I challenged myself with this collection, in terms of everything I’ve ever done. I always challenge myself.”After Mission Catwalk: “Go back to work and get more clients. It was a good experience.”**** 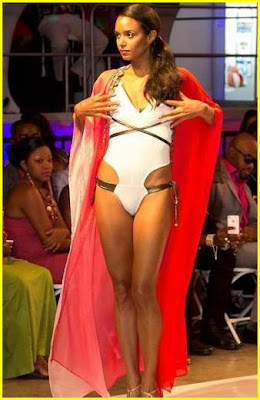 CRYSTAL POWELL: “Where the Desert Meets the Ocean”
You know a girl has exquisite tastes when she serenades viewers of her collection with some Lana Del Rey hits. Friday night, Crystal Powell’s warm-weather-perfect creations hit the CFW runway to the strains of “Summertime Sadness” and “Without You,” two melodious slices of nostalgia that served to evoke the designer’s creative mood. “My inspiration for the collection was actually Treasure Beach, and it’s actually called Where the Desert meets the Ocean. It’s just about being adaptable to different circumstances and being fluid like water. The high and low tides. That was the feeling that I wanted to carry out in the collection.”On the CFW atmosphere: “Overwhelming. It’s pure joy.”Plans for 2012 and beyond: “Well, no matter what, I’m gonna officially launch my business, which is Crystal Christina and just take it from there.”