‘I CAN WIN!’: Deanna Robins on knee surgery and the pressure to bring home the Miss World crown 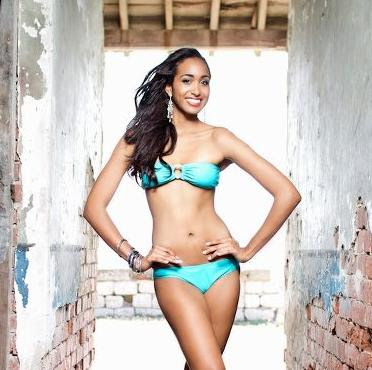 BODY BEAUTIFUL: Robins holds a UWI double major in Environment and Biology.
Deanna Robins, the radiant 21-year-old who recently had the good fortune of being crowned Miss Jamaica World 2012, is a bright and confident young woman with a solid plan for the future – and a place in her heart for both the arts and sciences. “Ten years from now I hope to become a physiotherapist or a medical doctor,” she recently told the Style Observer. “I have had about three knee surgeries as a result of my passion for dancing. I became more appreciative of [physiotherapy] and quickly realized it was what I wanted to do in life. I also want to get married and have three children.”
With her million-dollar smile, petite frame, and unassuming demeanour, Miss Jamaica World Deanna Robins is already being compared to Lisa Hanna. But can she deliver at Miss World like Lisa did? She says yes

And for the time being, Robins says she is primarily focussed on repping the black, gold and green to the fullest in China, where she will be among dozens of other exotic ambassadors vying for the prestigious title in August. The heightened significance of Jamaica possibly taking the title in this year of our Golden Jubilee isn’t lost on her.
“Everybody wants me to bring home the crown in this our nation’s 50th year of Independence and also because we are expected to do so well in the Olympics,” says the UWI Mona past student, who cites Lisa Hanna as a role model. “It definitely is a lot of pressure, and it is also intimidating to have so much weight on my shoulder, but I am confident that I can win and make my country proud.”