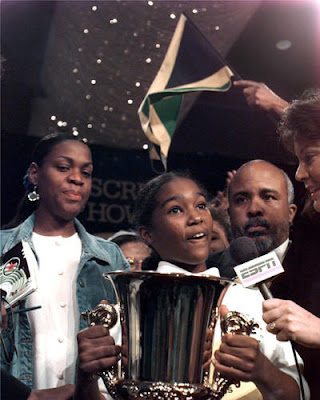 BRIGHT SPARK: Maxwell being interviewed by ESPN after her triumph in '98.
“My life was changed forever,” said Scripps Howard Spelling Bee champ Jody-Anne Maxwell in a 2009 interview, “and I credit first of all God, then my mother, sisters and friends who have influenced me one way or another just to keep my head up high. My family helped me to stay calm.”When Maxwell, a Gleaner/Children's Own Spelling Bee queen, led a coup in winning the Scripps Howard National competition in 1998, the 12-year-old became the first non-American to claim the crown. “Life for me was a whirlwind at first, as I met so many people, and was rushed from place to place. It became too overwhelming for me, and my parents had to set me aside to get me adjusted to what was happening.” Since then, Maxwell has represented Jamaica internationally on several occasions and, for three years, lent her star power to the now-defunct KFC Quiz Show, where she served as quizmaster. These says, however, the once shy and soft-spoken girl with a penchant for conquering titanic words has since evolved into a licensed attorney-at-law, with a hard-earned degree from UWI’s Norman Manley Law School. She blew out 26 candles this past May. 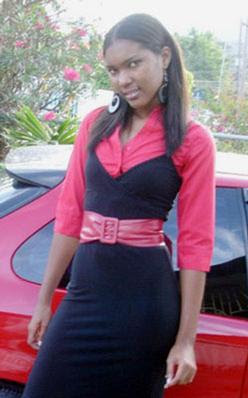 Email ThisBlogThis!Share to TwitterShare to FacebookShare to Pinterest
Labels: Jamaica 50 Flashback, Ones To Watch, Where Are They Now?