With the commencement of the London Olympics set to capture the world’s attention later this week, TALLAWAH spotlights Jamaica’s elite athletes who have set their sights on the gold. Meet the contenders: 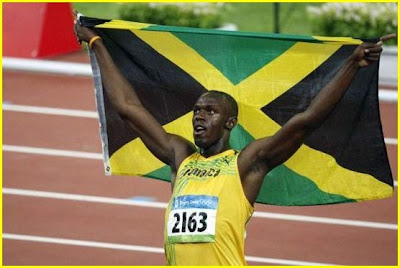 Usain Bolt: The Speed of LightningAge: 25Events: 100M, 200m, 4x100M
To his credit, he’s already the proud owner of three world records, a fleet-footed Olympic great, and the fastest man the human race has ever seen. But Usain Bolt isn’t satisfied yet. As he (and the rest of us) looks forward to a repeat of the tremendous trifecta he pulled off in Beijing four years ago, London 2012 will debatably present the greatest challenge of his remarkable career. Yet one thing remains certain: ever the consummate showman, Bolt will make it an affair to remember. 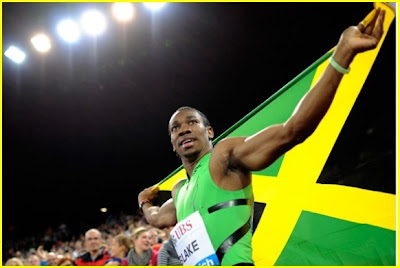 Yohan Blake: Beastly AmbitionAge: 22Events: 100M, 200m, 4x100M
Among the spotlight stealers (the Gays, the Gatlins, the Lemaitres, et al) looking to rain on the Bolt Parade in London, the sensational Blake has proven himself the fiercest – and most worthy – contender of them all. Since dominating at the Boys Champs level some six years ago, the St. Jago alum has been on a bumpy road that’s been leading up to London all the while. To say the least, Blake has a date with destiny. 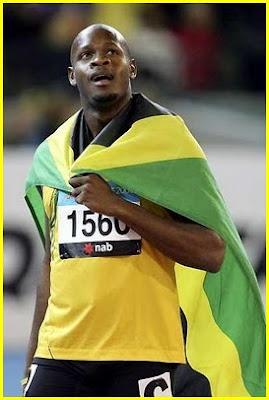 Asafa Powell: The Last Hurrah?Age: 29Events: 100M, 4x100M
Will London mark Asafa Powell’s final showing at an Olympic Games? That’s the story that’s been making the media rounds for months. Asafa has long suffered from a pesky groin injury that still threatens to derail his career and battled his fair share of vicious criticism. But in spite of the trouble, he fought his way to a place on Team Jamaica and word is, the former 100M world record holder has a few tricks up his sleeve. 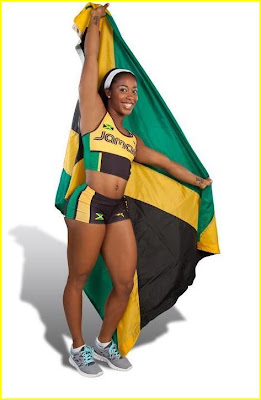 Shelly-Ann Fraser-Pryce: Swiftly RisingAge: 25Events: 100M, 200m, 4x100M
By now it’s pretty common knowledge that Fraser-Pryce’s tiny stature is by no means a reflection of what she delivers on the track – and especially when it matters most. The petite dynamo (and double national champion) is a powerhouse sprinting champion for a new generation. As we prepare to watch her in action against the likes of American challenger Carmelita Jeter, be reminded that if you so much as blink you’ll miss her. 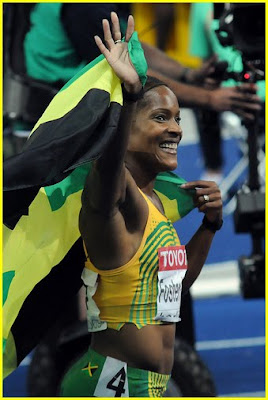 Brigitte Foster-Hylton: Leaps of FaithAge: 37Events: 100mH
At the height of her track-and-field career, Brigitte Foster-Hylton is used to overcoming hurdles, rising above everything from nagging injuries to the threat of early retirement. But she’s made it clear that, at heart, she’s as tenacious as the best of them. Her return to top form is nothing short of inspirational while propelling her to an imminent showdown with such fellow stunners as America’s Dawn Harper and the Australian Dawn Harper. 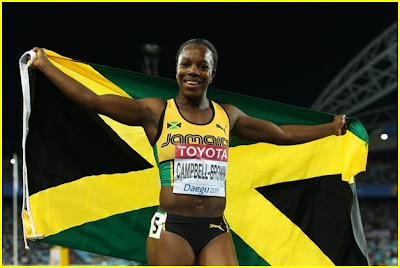 Veronica Campbell-Brown: Fit for a (Sprint) QueenAge: 30Events: 100M, 200m, 4x100M
For well over a decade, Jamaica’s sweetheart has forged an enviable reputation as a dazzler we can rely on to deliver on the big occasions. VCB is the definitive medal chaser – and still going strong with a gutsy determination that recalls her idol Merlene Ottey. We look forward to seeing her again on the medal podium with the strains of the Jamaican National Anthem overflowing from the London Stadium.