YOHAN’S OLYMPIC QUEST: “I Am a Man of Surprises” 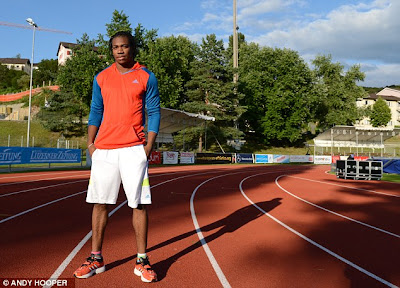 DREAM CHASER: Blake hopes to mine gold in his Olympic debut.
The much-anticipated Men’s 100M final of the London Olympics – slated for next Sunday, August 5 – has been haunting The Beast. “I eat, sleep, think, walk and pray about it,” he confesses in a new interview with Britain’s The Daily Mail. “The Olympic final is the crème de la crème. Why wouldn’t it dominate my mind at every moment?”Indeed. But with a top-notch cast of star sprinters (Bolt, Powell, Gay and Gatlin included) gunning to land gold in the marquee event come Sunday, Blake – making his debut at this stage – is well aware that a Herculean task lies ahead of him. Still, as Blake has vividly shown in recent months, he’s up for any challenge. After all, he’s put in the groundwork and fully expects his tireless efforts to reap fruit at the end of the day. “I close my eyes and dream about it. I give it everything. That is why I am The Beast,” says the reigning world champion. “My philosophy is, when I am working, other guys are sleeping. I never stop working.”The 22-year-old Blake, who ran the second fastest 200M in history (last year’s 19.26 secs in Brussels) has been enjoying a year of invincibility and, according to him, that sort of prestige gives him the upper-hand. “Being unbeaten this year is an important thing,” he explains. “It gives me a mental edge. It will be in every athlete’s mind.”Meantime, the bigger picture indicates that Blake is looking to pull off the kind of sensational feat Usain Bolt achieved in Beijing: golds in the 100M, 200M and 4X100M relay. If Blake has his way, that would essentially mean dethroning his friend and training partner and etching his name in the Book of Jamaican Legends. “I am a man of surprises,” he says. “I surprised people in Daegu. I surprised them in Brussels. I can surprise them in London. You never know what can happen.” 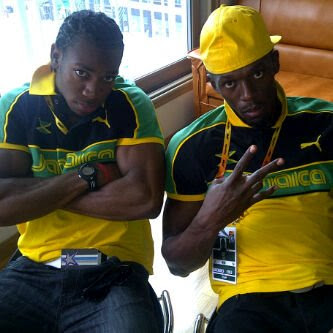 TWO OF A KIND: Compatriots Blake and Bolt in London.