ASAFA’S BIG NIGHT OUT: Star sprinter was a hit with FNO shoppers 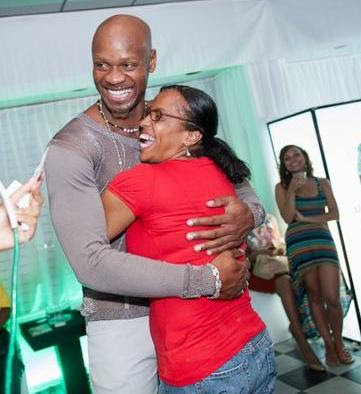 FAN FAVOURITE: The star had his hands full Thurs. night.
He may have hung up his track shoes for the rest of the year, but Asafa Powell is still very much in season.

The alluring deals and steals of Fashion’s Night Out were enough to draw a sizeable crowd to the Mall Plaza on Thursday, but for many of the women (young and mature) who flocked to the plaza, Asafa was by far the main attraction, the extra piece of ‘merchandise’ they really wanted to take home. News of his presence – and eye-popping attire – only served to increase the numbers.

Wearing a teasingly revealing outfit that showed off his taut physique, the hunky sprinter and LIME ambassador was on the mall as a special guest of the mobile company, who along with VMBS and Wray and Nephew were treating patrons to cocktails, giveaways and performances by the likes of singer Alaine.

According to eyewitnesses, Asafa was like catnip for the ladies, who vied for his attention all evening and requested an endless round of picture-taking. 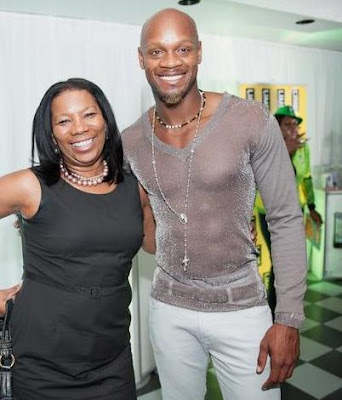 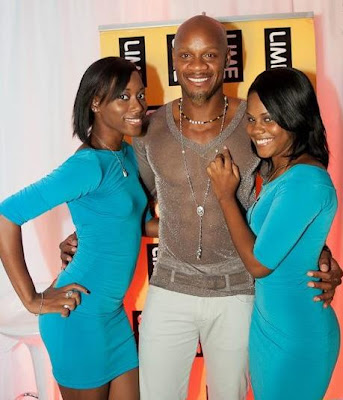 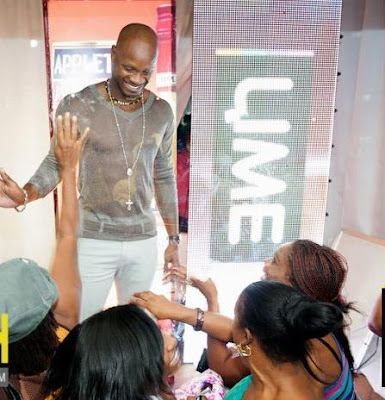 MOST WANTED: Asafa was like catnip for FNO shoppers. (Photos: STUSH)