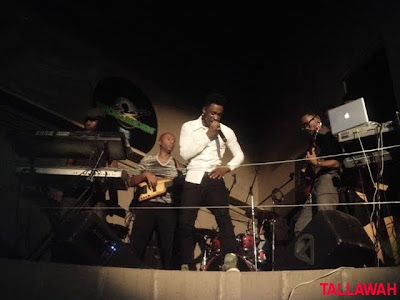 HEART AND SOUL: Martin in performance at Behind The Screen.
At this chapter in his life and recording career, it’s very little wonder that Chris Martin is caught up in a dizzying whirlwind of love-soaked records. These days, after all, he’s got a brand-new baby girl at home, a hot romance with Ce’Cile, and his perpetual devotion to his mother, Cheeny.

Concertgoers who checked out his pulsating show Tuesday night at Tracks and Records got a first-hand account of what I’m talking about. Clocking in at nearly two hours, the performance was steeped in love and happiness, emotional uplift, and special dedications to his female fans in the house.

Occasionally in the first half, to be perfectly honest, the show’s tone felt a tad maudlin, but you have to cut Chris some slack if you are to understand where he’s coming from emotionally, not to mention his current state of mind.

Thankfully, the 25-year-old crooner and Rising Stars alum is by now a veteran stage performer and what he brought to his incarnation of ‘Behind The Screen’ was largely a vibrant mélange of feel-good reggae-pop, melodic one-drop rhymes, and lushly groovy love songs that regularly elicited vociferous cheers from the large and attentive audience.

“Tonight it’s all about songs from earlier in my life and some new songs as well,” Chris said, and with that, accompanied by a six-piece band and two competent backup vocalists, he launched into high-energy renditions of such wonderful cuts as “Driver,” “Jamaican Girl” and “Melody To My Song,” cleverly remixed with a touch of Jah Cure’s “Call On Me.” The surprising inclusion of “If I Were a Carpenter” followed by the radio smash “Money Lovin’” drew deafening screams. 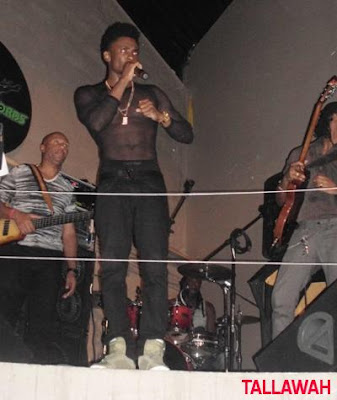 Staying true to form as a competent lyricist with a sharp ear for soulful melody, he debuted two new slow jams (“Prettiest Thing” and “White Sheets”) that have instant-hit written all over them. The beautifully penned “Prettiest Thing,” in particular, is already a personal favourite.

A quick removal of his white shirt and tie revealed a black, chest-hugging undershirt – and segued into fabulous renditions of the Bruno Mars megahit “Just the Way You Are,” Al Green’s buoyant “Let’s Stay Together” and Marvin Gaye’s sultry “Sexual Healing.”

A rapid succession of his own biggest career numbers to date brought the show to a satisfying close: bouncy “Chill Spot,” slyly humorous “Cheater’s Prayer,” midtempo “Real Friends” and the latest one, “Killer Inside,” a stinging missive aimed at paedophiles and other sex offenders. As it turns out, love may be the answer in the Chris “Proud Daddy” songbook but don’t push your luck.