BEAUTY OF THE WEEK: The ‘Pocket Rocket’ dazzles in her New York state of mind 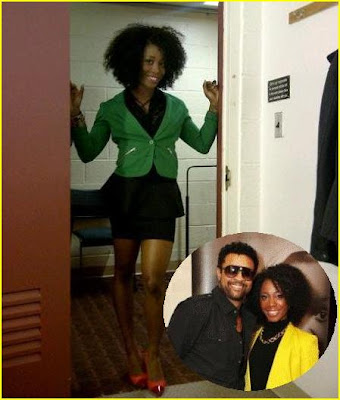 That girl Shelly-Ann! It’s pretty common knowledge that the petite dynamo we all know as Shelly-Ann Fraser-Pryce is a stunner with body for days. Now, the ace sprinter is showing the world that the fiercest glamour girls have got nothing on her.

Recently, Fraser-Pryce hit the media rounds in the Big Apple, rocking a series of figure-flattering looks, a freshly done face, and a head of lush diva hair that had us all doing a double take. What can I say, the lady is glamming up her off-season – and who are we to complain? For her visit to BET’s 106 & Park, Fraser-Pryce was impeccably turned out in a leg-baring black ensemble with a cute green jacket, bright-hued pumps, and a killer smile.

The Olympic champ, who left London this past summer with three medals, also stopped by Niketown and was interviewed by WPIX’s Morning News. She also joined the social set at an American Friends of Jamaica (AFJ) media dinner party at the residence of Ambassador Brenda Johnson, where she rubbed shoulders with such luminaries as Shaggy.

And she’s not done yet. On Oct. 25, the sprint queen is set to serve as co-host of the Hummingbird Gala at the Marriott-Marquis in Times Square. The event, put on by the AFJ will honour JetBlue Airways’s Dave Barger and is expected to come off as another successful Jamaica 50-endorsed event. Here at TALLAWAH, we are anticipating more super-stylish moments from the ‘Pocket Rocket’.

Email ThisBlogThis!Share to TwitterShare to FacebookShare to Pinterest
Labels: Beauty of the Week, Beauty Watch, Pocket Rocket, The Style File