BOLT’S AUSSIE GETAWAY: Sprint superstar and pals having a blast Down Under 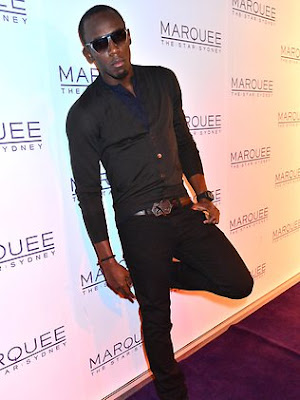 OFF THE WALL: Bolt visits the Sydney hotspot Marquee at The Star.

What has the Jamaican posse been up to so far Down Under? So far, they’ve headed west with Australia's own 400m sprinter John Steffensen to smash out a few laps in a go-kart at Eastern Creek. “Go karting, boss swagg!! Shut the track down!!!" Steffensen tweeted alongside a pic of Bolt and the crew. Steffensen also said they had a blast at the track, but remained tight-lipped on whether the World’s Fastest Man helped him be the fastest on four wheels. “Everything is good, man. Everyone's great, everyone is blessed, and everyone’s having a great time. We are glad to be here and ready to relax. We will show him a good time,” Steffensen said. 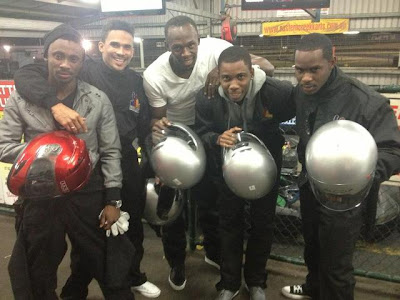 Meantime, according to Syndey's The Daily Telegraph, Bolt began Saturday evening chowing down sushi and tempura prawns at The Star's Japanese eatery Sokyo before he and his entourage made their way upstairs to Marquee, where he posed for pics with fans. Bolt and the crew have also made stops at the Bondi hipster haunt and such Kings Cross hotspots as Backroom and Beach Haus. “He was having a great time, mingling and chatting but he was also trying to blend in which was a bit hard considering he is almost 2m tall,” one clubgoer said.