CRITIC’S NOTEBOOK: Who are theatre's awards-season frontrunners? Here are 10 to watch... 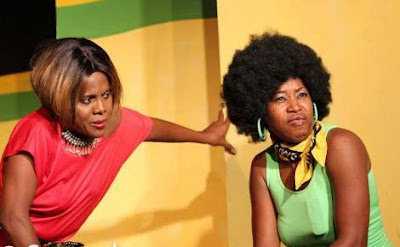 TWO CAN PLAY: Silvera (left) and Camille Wilson share a scene.
We’re drawing increasingly closer to the end of year, and that can only mean one thing: time to turn the spotlight on the fast-approaching 2012-13 awards season. So far this year, local theatre has yielded a middling crop – an assorted bag of star-heavy revivals and tepid new shows – but, mercifully, some bonafide highlights did manage to work themselves into the mix. I’m talking about those standout performances that have been stirring up early buzz – and, to my mind, are truly worthy of the attention. A look at 10 of this season’s most promising contenders:

Risanne Martin in “Ruined”
A bravura breakout performance from the Trini-Jamaican actress in an engrossing ensemble drama. I was (almost) moved to tears.

Akeem Mignott in “Fifty 2 Rahtid”
Comically splendid work but with an astonishing maturity that suggests an actor in an evolutionary vortex.

Sherando Ferrill in “Pularchie”
The show’s robust cast produced quite a few standouts, including Ferrill’s compassionate turn as a devoted, longsuffering spouse. 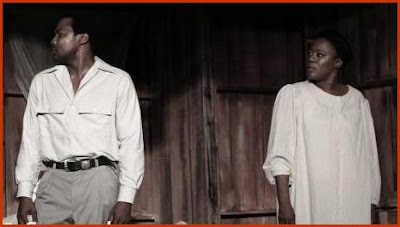 Dennis Titus in “Pularchie”
By far one of the year’s biggest surprises, Titus could emerge as the Best Actor frontrunner for his stellar work as a conflicted husband whose past catches up with him.

Sharee McDonald-Russell in “Yard 2012”
The musical revue had its shortcomings, but McDonald-Russell’s scene-stealing presence loomed large in a number of the stronger sketches.

David-Andrew Reid in “Hercules”
An engaging showcase of vocals and dramatics from the fast-rising song-and-dance actor.

Deon Silvera in “Fifty 2 Rahtid”
A perennial contender, Silvera turned it out with a series of laugh-out-loud pieces (and quite effortlessly too) that reminded everyone that the queen still reigns.