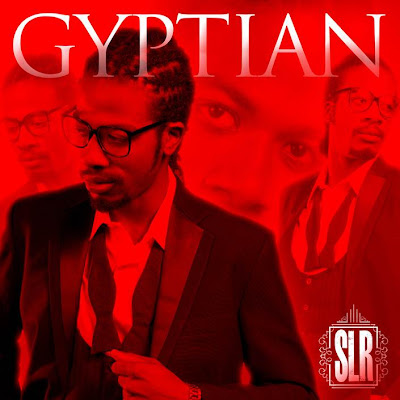 RED ALERT: Singer's new six-track EP to drop in October.
In the wake of his recent Billboard success and collaborating with superstars like Nicki Minaj, Gyptian continues to make notable strides on the world stage. This week MTV Iggy announced that the reggae-dancehall hitmaker, who is putting out a 6-track EP next month, has been chosen to take part in an exciting new music project dubbed ‘Cover the World’.

‘Cover the World’ is a partnership with auto giants Chevrolet, where four musical acts from across the globe – Jamaica’s Gyptian, South Korea's WonderGirls, Australia's Angus Stone, and America's All Time Low – will each record a cover of an iconic song chosen by fans online. Each artiste will bring their own regional flavour to the recording to celebrate the arrival of the 2013 Chevrolet Spark in the United States and Canada.

The songs to be voted on are: “Don't Know Why” by Norah Jones, “True Colours” by Cyndi Lauper, “Hit Me With Your Best Shot” by Pat Benatar, “You Ain't Seen Nothing Yet” by Bachman-Turner Overdrive, “Son of a Preacher Man” by Dusty Springfield and “Take On Me” by A-Ha.

As it happens, voting gives you a chance to win a custom-wrapped Chevy Spark, as well as a VIP trip for two to see one of the featured acts perform live. Fans can also create, upload and share their own cover version for a chance to win this new sporty four-passenger, five-door hatch.

MTV Iggy and Chevrolet will jointly announce the song selected by fans next Monday, September 17.

Meantime, on October 16 Gyptian will release his new EP, SLR, while he preps for his upcoming full-length studio effort Sex, Love & Reggae, due in 2013 via VP Records.