HE IS LEGEND: Lover’s rock king Hammond to release new double-disc this fall 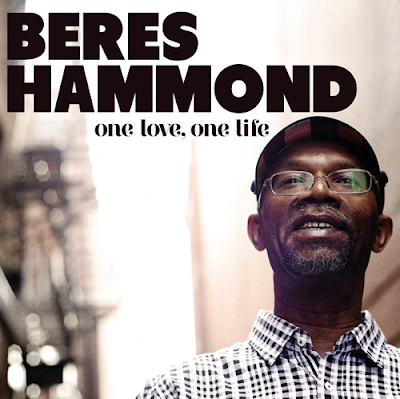 ROCK SOLID: November date set for Hammond's new VP release.
Whether it’s pop diva Rihanna quoting his lyrics on Twitter or rap megastar Drake tweeting lines like “Beres Hammond has to sing at my wedding,” the prolific Jamaican crooner has influenced some of the biggest stars today. Known to many as the Otis Redding of Reggae, Hammond has been producing and pouring out his smoky-sweet voice over every kind of riddim track for over three decades.

On November 13, the Grammy-nominated icon will unleash his latest studio effort, a brand new double-disc studio album titled One Love, One Life via VP Records. The first disc One Love includes his signature classic lover's rock sound on new singles like “No Candle Light” and “Keep Me Warm,” while the second disc One Life contains such socially-conscious, spiritually-empowering tunes as “You Stand Alone,” “Truth Will Live On” and “Prime Time.” Hammond produced 19 of the album’s 20 songs and collaborated with co-producers Donovan Germain on “No Candle Light,” Collin ‘Bulby’ York on “In My Arms” and Michael Fletcher on “More Time.”

The legendary singer is currently wrapping up his US tour with remaining dates in New Orleans, Orlando and Jacksonville. On December 12, he will headline the Barclays Centre, alongside special guests UB40, Maxi Priest and others.