QUESTION OF THE WEEK: September 7 yet to be officially declared “Miss Lou Day.” How come? 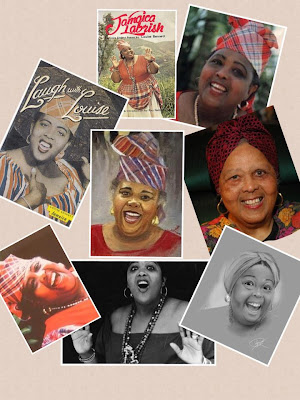 ONE OF OUR OWN: The departed culture maven in her prime.

As the local artistic community gets set to kick-off a three-week blitz of activities in honour of the late great Louise Bennett-Coverley, I couldn’t help but wonder: Why is September 7, Coverley’s birthday, yet to be officially designated as “Miss Lou Day” on Jamaica’s cultural calendar? Isn’t such a gesture long overdue, to say the very least? (Paging Lisa Hanna and company.)

The upcoming activities, being spearheaded by the JCDC, will roll out across the island starting next week and are intended as a celebration of the life and work of the late icon and folklorist.

“We are looking at a series of activities in almost every parish. We will commence on September 13 and go right through to the 29th,” said Director of Field Services at the JCDC, Marjorie Leyden-Vernon, adding that details of the events and venues will be publicized later. “We are working closely with the parish librarians, and exhibitions are a part of what is being done to highlight the work and life of Miss Lou.”

The celebrations will culminate on September 29 with a family fun day and concert dubbed “Tenky Miss Lou” to be staged in Gordon Town, where Miss Lou once resided.