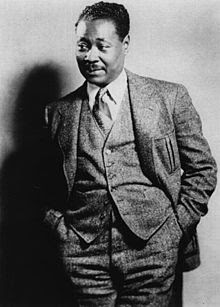 STRONG SUIT: The celebrated novelist, circa 1930.
An unknown manuscript of a 1941 novel by Claude McKay, the late, great Jamaican author and leading Harlem Renaissance writer, has been authenticated by a Columbia graduate student (who came across the manuscript) and his adviser.

Per The New York Times, the manuscript, a 1936-set satire titled Amiable With Big Teeth: A Novel of the Love Affair Between the Communists and the Poor Black Sheep of Harlem, was discovered by Jean-Christophe Cloutier in a previously untouched university archive and offers an unusual window on such events as Mussolini’s invasion of Ethiopia that animated Harlem on the eve of the Second World War.

The two scholars have since received permission from the McKay estate to publish the novel, with an introduction about how it was found and its provenance verified. “This is a major discovery,” said Harvard University scholar Henry Louis Gates Jr., who was one of three experts called upon to examine the novel and supporting research. “It dramatically expands the canon of novels written by Harlem Renaissance writers and, obviously, novels by Claude McKay.”

The authentication of the novel is “scholarly gold,” said William J. Maxwell, a Washington University professor and the editor of Complete Poems: Claude McKay.

Although many scholars believe that the Harlem Renaissance’s creative energy had pretty much run out by the late 1930s, Cloutier’s adviser Brent Hayes Edwards said he believed that Amiable would eventually be recognized “as the key political novel of the black intellectual life in New York in the late 1930s.”

McKay, who died in died in 1948, at age 58, influenced a generation of black writers, including Langston Hughes. His best known works include the 1919 protest poem “If We Must Die,” quoted by Winston Churchill, and the 1928 best-selling novel Home to Harlem. His final published fiction during his lifetime was the 1933 novel Banana Bottom. 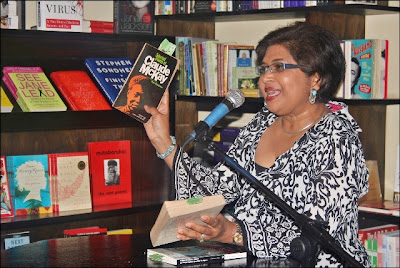 WORDS TO LIVE BY: Author and columnist Jean Lowrie-Chin champions McKay's Selected Poems at Bookophilia, May 2011.