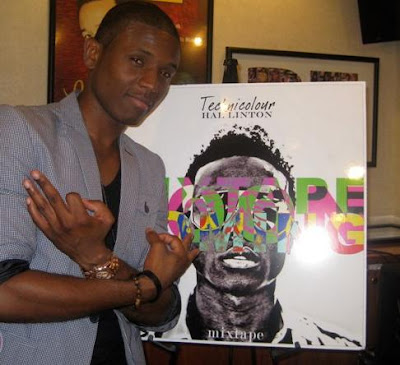 NOTE WORTHY: The rising star at his mixtape release party in NYC.

Hal Linton is a serious talent that deserves to be better known. I’ve been following the gifted Bajan singer-songwriter’s career since the release of his excellent 2011 mixtape, The Rock & Roll Experiment, and to date I am consistently impressed by his deft songwriting, penchant for wickedly sweet melodies, and a vocal delivery that vitalizes everything from slow-burning grooves to mid-tempo R&B jams.

Now comes his stellar second act, Technicolour, a well-written, solidly produced, and hugely enjoyable mixtape that offers another winning sample of the journey he is making. At 14 tracks, the record is crammed-full of creamy highlights – from the infectiously soulful strains of the Hit Room-produced “Memory Loss” to the cosmic-tinged “Mirage.”

Best of all though, Linton – whose previous hits include the R&B gems “Mind Control” and “Southern Hospitality” – shines on the Shontelle-assisted “Critical Condition” and a succession of self-produced cuts like the repeat-worthy “Trail of Broken Hearts,” a number bursting with raw, palpable emotion.

Linton, 26, who is gearing up for his major-label debut, writes a lot and sings passionately about finding and losing love, while marrying the bare-bones honesty of Maxwell with a surprisingly knowing voice. Vividly demonstrating that a bright future awaits him provided that the industry wakes up and take notice, he possesses the confidence and air of a seasoned vet. This one is not to be slept on. Tyrone’s Verdict: B+