WE OWN THE NIGHT: Bolt, Shaggy and friends turn up the volume in Brussels 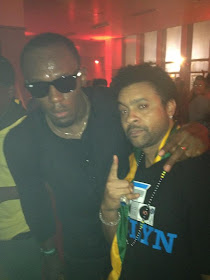 PHOTO FINISH: Bolt and Shaggy at the event.
Usain Bolt is a firm believer in that line by the great philosopher Jay-Z: “After the show is the after-party....”

The Jamaican sprint king capped off a tiring yet remarkable 2012 season in Brussels on Thursday by partying with fans at a sold-out Jamaican party at the Roi Baudouin Stadium. Shaggy performed. Tennis champ Kim Clijsters (below) put in an appearance. And the entire Racers family got their groove on.

The festivities came in the wake of Bolt’s headlining of the Memorial Van Damme Diamond League meeting, which not only served as the final leg of the 14-city League but also brought the curtains down on the 2012 season of the World’s Fastest Man.

Earlier in the day, Bolt and fellow Jamaican Yohan Blake posted comfortable victories in the sprints; while Blake posted a 19.54 clocking to capture the 200 metres, Bolt coasted to a time of 9.86 seconds to win the 100 metres. “I was just happy to be done,” said a relieved Bolt, who was later presented with a special trophy during the awards ceremony. “I went out there just for the fans.”

Then it was time to unwind and once again morph into Mr. Deejay – to deafening cheers from an appreciative crowd. Crazy fun times. 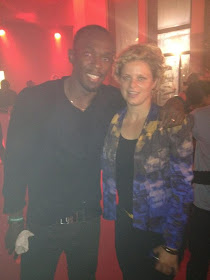 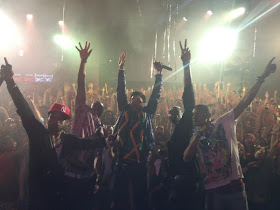 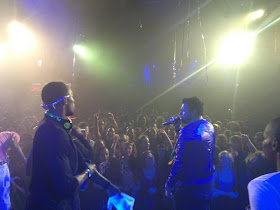 SCENE AND HEARD: Jousting with the the all-stars.