ALBUM OF THE WEEK: Classical rising star Jackie Evancho dazzles on Songs from the Silver Screen 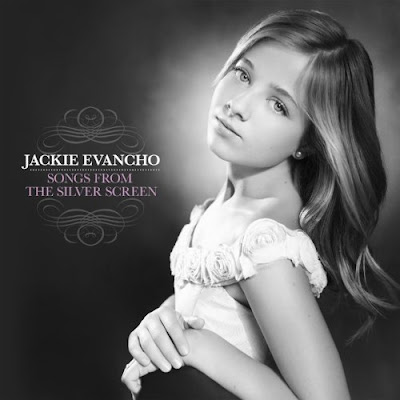 THE NATURAL: Evancho interprets classic tunes from the movies.

Possessed of a sprightly soprano and a radiant intelligence well beyond her tender years, Jackie Evancho is an irresistibly exciting star on the rise, the likes of which the classical world hasn’t witnessed since Charlotte Church’s ascension to fame.

Following her widely talked-about 2010 stint on America’s Got Talent and the release of last year’s jaunty Heavenly Christmas, she gives us another winning sample of her outsize talent with Songs from the Silver Screen, an endlessly listenable 12-track offering where she redolently reimagines iconic showtunes and timeless gems from the movies.

Of course, songs like “My Heart Will Go On” from Titanic and The Phantom of the Opera’s “Music of the Night” have been interpreted by legends and neophytes alike ad nauseam, but somehow Evancho manages to lend them freshness and a first-rate appeal made all the more remarkable by the fact that this is a vocalist barely mid-way her teen years.

Al the tracks are beautifully orchestrated (frequently with soft piano and strings) with the right balance of poise, precision and controlled passion as they are tenderly caressed by the songbird’s soft and beautiful vocals. While album opener “Pure Imagination” and “Can You Feel the Love Tonight?” evoke dreamy, midnight landscapes, “What a Wonderful World” and “Some Enchanted Evening” transport the listener to some magically ethereal realm. Tyrone’s Verdict: A+

DOWNLOAD: The stirring “Come What May” (with The Tenors)

Posted by TALLAWAH Magazine (tallawahmagazine@gmail.com) at 1:20 am

Email ThisBlogThis!Share to TwitterShare to FacebookShare to Pinterest
Labels: Album of the Week, Music Reviews, Ones To Watch