ALBUM OF THE WEEK: Rock goddess Melissa Etheridge in her prime on 4th Street Feeling 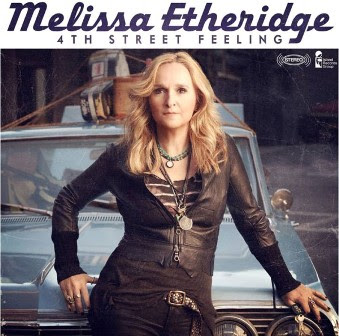 I became a Melissa Etheridge fan after hearing songs like “I Need to Wake Up,” the powerful anthem she wrote and recorded for Al Gore's 2006 docu-film An Inconvenient Truth. (The song went on to win a Best Original Song Oscar.)

Full of wisdom, passion and power and imbued with that sense of fearlessness synonymous with the finest-ever rock stars, many of her hits quickly became regulars on my desktop and IPod playlists. These days, as you can imagine, I’m a huge admirer of the Grammy-winning goddess who uses her brilliantly penned, guitar-infused tunes to not only entertain but also to empower and enlighten her audiences.

As such, Etheridge’s most recent of her 14 albums – the 12-track 4th Street Feeling – laden with pulsating rock-alt-folk rhythms and timeless messages steeped in hope and humanity, is sure to please longtime admirers and win her new followers. The highlights are plenty, including the vibrant road-trip jam “Kansas City,” which kicks off the record with a rush of energy, and the down-home invitation “Rock & Roll Me,” which brings it to a tender close. Tyrone’s Verdict: A

DOWNLOAD: “Falling Up,” a slice of giddy, rodeo-ready fun.