ALBUM OF THE WEEK: Streisand grants another gorgeous sample of her gifts with Release Me 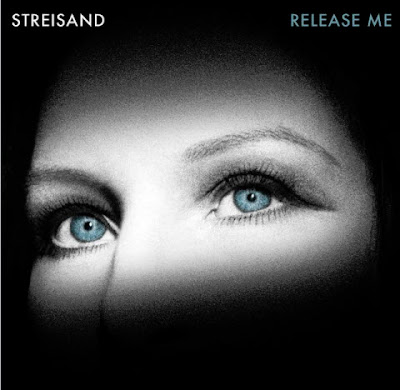 THE EYES HAVE IT: The icon explores love, regret and longing on latest.

News flash: entertainment legend Barbra Streisand’s timeless appeal remains as fresh as ever. In fact, her mercurial presence in the pop culture psyche (even after dozens of albums and a multitude of accolades) is still such a boon to music and showbiz aficionados alike that even when she steps into polarizing terrain spewing political utterances, she gets an easy pass. (As it turns out, she’s an Obama girl through and through.)

But all politics aside, her hordes of loyalists (yours truly among them) have come to cherish Babs primarily for her penchant for evoking otherworldly beauty with that bewitching voice – a superb, distinctive instrument that can elevate the simplest of tunes into melodic jewels worth repeated listens.

Her latest album, the newly-arrived Release Me, finds the icon musing on such universally relatable themes as love, regret and longing. And while the songs are beautifully composed (frequently with minimal accompaniment) entries in the Great American Songbook, they don’t always approach the greatness of such seminal Streisand cuts as “Send in the Clowns,” “People” and “The Way We Were.”

Even so, what we get is a terrific suite of 11 songs that serve to reacquaint us with the masterful song-stylist who never met a sweet melody she couldn’t lovingly caress, sending tingles down the listener’s spine. Immediate standouts here include the heartfelt “Try to Win a Friend,” the plaintive “Willow for Me,” and the stirring “Home,” which brings the record to a tidy close. Tyrone’s Verdict: B+