BEAUTY OF THE WEEK: Cherine on female empowerment, new music, and living her life 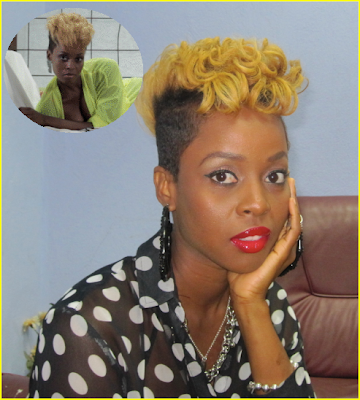 THAT FACE: The singer embraces a bold new look.

”I'm just having fun. Enjoying life. Doing things even more passionately,” confesses Cherine, speaking to TALLAWAH in the wake of a scintillating preview of the hotly anticipated visual for her latest scorcher “Haffi Come Back.”

Rocking a sleek new buzzcut and a series of figure-flattering getups on-set, Cherine is showing us just how much she has evolved as a woman in control, while fully embracing her sexuality, and living – and enjoying – life on her terms.

“The video shoot was amazing. It surpassed everything that we had hoped to achieve,” she says. “The choreography was sick, and it went really well. We wanted something new, a direction that was fun, and it’s really reflecting where I am right now in my life. People are going to be shocked by this video when it drops at the end of October.”

Bring it on. It truly says something about an artist who manages to embody so much versatility that she is embraced by a wide cross-section of loyalists – whether you’ve been down since “Kingston State of Mind” or hopped onto the bandwagon the minute your heard “Make-Up Sex.” “For me, “Haffi Come Back” is a free and liberating song,” explains the dancehall-soul queenpin. “It shows that it’s alright to do a track like “How We Living” and then turn around and drop a hot tune like this, celebrating woman empowerment and sexiness.”

In the meantime, the singer is also staying connected to one of her many non-musical passions – breast-cancer awareness – reprising her partnership as spokeswoman of the Yoplait Breast Cancer Awareness Campaign.

According to Cherine, who is also working on two new albums, such a stance is fundamentally important to her “because as young women in Jamaica this is something we can’t take lightly. It is serious. And I think it’s really important for me to help get the word out.”

Email ThisBlogThis!Share to TwitterShare to FacebookShare to Pinterest
Labels: Beauty of the Week, Music Headlines, The Cherine File, The Style File