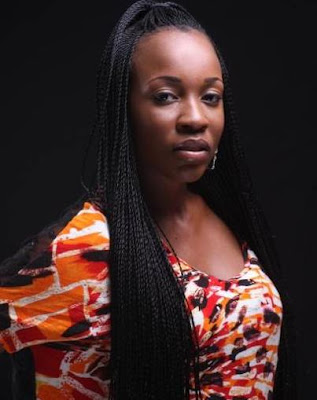 IN PROFILE: "Film is something I want to explore more," says Grant.

Poised to impress audiences anew with her performance in the dramedy revival Scandal (opening this Friday at Stages Theatreplex in New Kingston), talented and charming 20-something actress Abigail Grant is ready to embrace the fun challenge of her latest role. TALLAWAH catches up with her for a quick one-on-one:

TALLAWAH: You’re starring in a revival of the hit eighties play Scandal. Are you a fan of the acclaimed new TV show of the same name, starring Kerry Washington?
Grant: There’s a TV show called Scandal? I’ve never seen it. Honestly. I need to watch it then.

It airs Thursday nights on ABC. What’s the most scandalous thing that has ever happened to you?
(Laughs). I can’t remember because I’ve always tried to keep myself out of trouble. I can’t pinpoint anything major at the moment.

So people should know that Miss Abby is holding fast to her good-girl image.
Well, I’m not saying I’m a good girl, but I’ve always tried to stay out of trouble.

Give me three words that best describe Scandal and why folks should come out and support it.
It’s hilarious, it’s fun, and it is true to real life.

And I guess the cast has been having a blast in rehearsals as you gear up for opening night…
It’s a pleasure being in this [production], because back in the day it was one of those shows that attracted very large crowds to the theatre, and older folks can tell you about it. So it’s really a pleasure getting to be a part of this revival.

As a working girl with nightly shows, how do you avoid having bad-hair days?
The fun thing about it is that I love doing hair. I love to fix up other people, and as a matter of fact, I took time out, during my days off from theatre, to go to hairdressing school. I have a certificate. So that’s how I stay away from bad hair days. I can do hair and I love it.

Your former co-star Andrea ‘Delcita’ Wright recently announced her surprising exit from Stages Productions. How do you feel about her departure?
Kudos to her for stepping out on her own, trying to do her own thing because it’s good when people can, after working with others, move on to other things on their own. The theatre world is so small that we need more theatre companies, we need more productions, so if she can open another door and help other people, then kudos to her.

What is your main goal in life these days?
Apart from doing new shows, I’ve always said that I want to do a movie. And also venture outside of Jamaica to take my talent to another level. Being on stage is certainly rewarding, but I also love being in front of the camera, and that’s something I want to explore more.