FANTASTIC FOUR: Under-40 Artist of the Year finalists revealed, vying for jury and public vote prizes 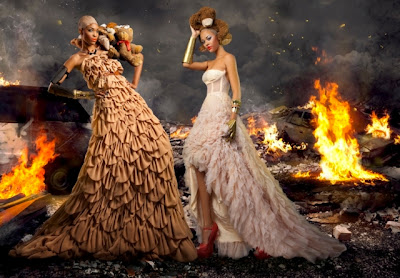 A quartet of lavishly gifted young artists have been selected as finalists in the annual Super Plus Under-40 Artist of the Year competition. The group comprises photographers Marvin Bartley, Berette Macaulay and Olivia McGilchrist, and painter Leasho Johnson.

Although he studied painting at the Edna Manley College, Marvin Bartley is better known as a photographer, having done commercial and fashion work with both local and international clients. In 2011, he was commissioned by the Andy Warhol Foundation to be included in the Small Axe art journal.

Leasho Johnson was also educated at Edna Manley, graduating with a degree in Visual Communication. His work is influenced by 1950s Pop Art with a mix of various graffiti/graphic art styles, seeking to re-establish these aesthetics within the context of his own environment. The 2009 exhibit “Rock Stone and Boot Heel” at New York’s Real Art Ways Gallery ranks among his most memorable outings. In 2010, he was selected as a featured artist for the National Gallery of Jamaica’s “Young Artist V.” 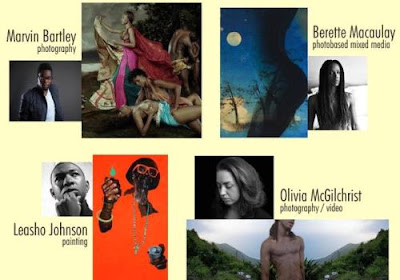 Berette Macaulay, meanwhile, brings to the exhibition her experience as a performer and theatre technician. Heavily influenced by her travels, she describes her work as “the psychosocial negotiations of identity”. In 2008 she won a Creative Arts award from Art For Progress for her interdisciplinary piece, Split, and screening of her short film Labyrinth Of Forever were hosted in San Francisco and Miami in 2011. Blessed with a Swiss-Jamaican heritage,

Olivia McGilchrist was educated in France and the U.K., earning an M.A. in photography. Her work, which portrays “fantastical elements within my ordinary life,” have been shown nationally and internationally. Her solo exhibitions include 2008’s Portraits of Women at Madame Lillies Art Space in London.

The winners of the Jury Prize and the Public Prize will be announced on Monday, November 19. This year’s iteration of the competition/exhibition is being put on by the Mutual Gallery in conjunction with the National Commercial Bank, Super Plus Food Stores, Carreras Group of Companies, and other corporate entities. The public is invited to the opening slated for this Thursday at 7 pm. The exhibition closes on Nov. 23. Gallery hours are Monday-Friday (10.00 am to 6.00 pm) and Saturdays (10.30 am to 3.00 pm).