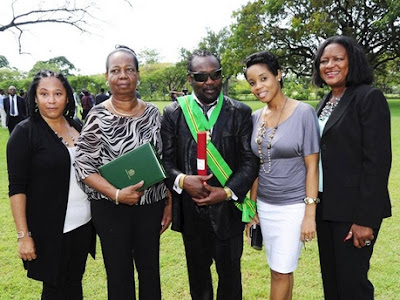 Several outstanding Jamaicans in the arts were recognized for their indelible contributions to the nation on Monday morning during the annual Heroes’ Day National Honours & Awards ceremony on the lawns of King’s House. Chief among this year’s honorees was the late great reggae icon Peter Tosh, who was posthumously conferred with the country’s third-highest honour, the Order of Merit (OM).
-
“I feel wonderful, it is an honour. It's about time,” said Tosh's 45-year-old son, reggae singer Andrew Tosh, who was on hand to collect the award on his father’s behalf. “We all feel great to know we have finally got this high honour for our father. We are heading for the Hall of Fame next.”