LARGER THAN LIFE: Father Richard HoLung on what keeps him dancing at 73 – and the road ahead 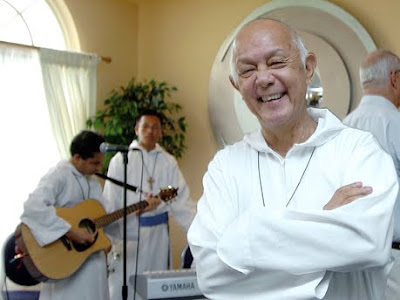 VOX POPULAR: "I want to see things grow more so we can do more," says HoLung.

At the end of The Messiah!, the special Jamaica 50 production of Father HoLung & Friends, the cast moves centrestage for curtain call and to soak up the resounding applause. It’s a sizeable and supremely energetic batch, largely comprised of teen and middle-aged actors, singers and dancers. But among this vibrant lot, Father HoLung (by far the eldest at 73) seems in possession of the largest reserve of vigour than anyone else. And the jam-packed National Arena last Saturday responded accordingly, saving their loudest cheers for the show’s writer/producer as he boogied his way to the fore.

If nothing else, Father Richard HoLung, who easily ranks among the most admired Jamaicans of all time, is the perfect spokesmodel on how one should face the advancing years – and stay fit when one is well into one’s seventh decade on the planet. “It’s Christ and my enthusiasm for God’s kingdom and my love for Jamaica,” he tells TALLAWAH of his endlessly youthful vim and zest for life, as patrons make a beeline for him armed with their notebooks and cameras. “Love keeps you alive; life is taken from love. I love Christ and I love my people, and especially the poor.” 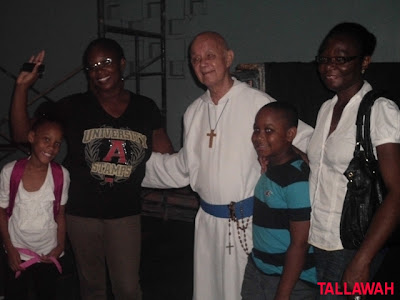 This year marks the 41st anniversary of the music group Father HoLung & Friends and the 31st anniversary of Missionaries of the Poor – remarkable milestones by any standard that, according to the beloved ghetto priest, fuel his unrelenting desire to see both units go on to achieve more great things. “I’m very happy about these incredible milestones and all we’ve done so far,” he explains. “Of course, I’m always wanting to see things grow more and more and more, so we can do more and more.”

As such, HoLung says he and his hardworking, committed team relish the challenge of devising new projects, slated for 2013 and beyond. “For next year, we are thinking of doing a Greatest Hits – a CD but also a revue of all the shows we have had. Because it’s been 41 years and that’s worth celebrating. Plus, I have other plays in mind that I really want to write and introduce to the Jamaican people.”