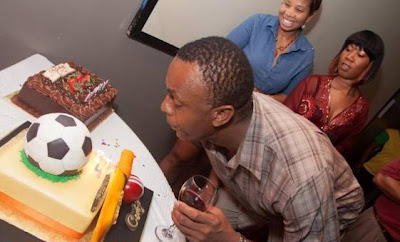 MAKE A WISH: Walsh blows out the candles on his uniquely designed cake.

When you’re a greatly admired living legend like former Windies star and skipper Courtney Walsh, a milestone like turning 50 will bring out some of the brightest and best (fellow legends included) to help you mark the grand occasion.

And so it was at his eponymous Cuddy’z Sports Bar in New Kingston on Wednesday evening that a slew of such famous faces as former Reggae Boyz coach Carl Brown, sprinter Usain Bolt, crooner Da’Ville, as well as TV’s Oral Tracey and Simon Crosskill, and others, turned out to offer their heartiest to one of the finest sportsmen ever to come out of Jamaica, not to mention one of only four players in history to have bowled over 5,000 overs in test cricket.

And with Halloween being observed on the same evening, the Cuddy'z staffers were decked out in an array of fascinating costumes, making for a frightfully fun occasion. “Courtney had a wonderful time. It meant a lot to him to see those friends and well-wishers come out to celebrate with him,” a staffer tells TALLAWAH. “Everybody enjoyed the party.” 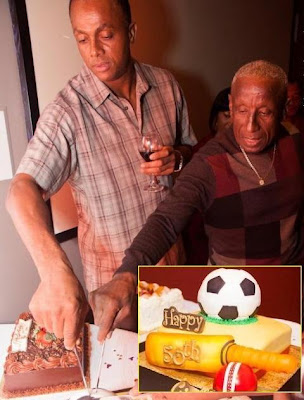 SWEET TREAT: Cutting the cake with a little help from Carl Brown. 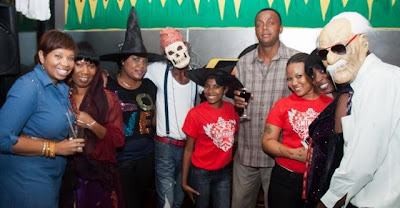 THE GANG'S ALL HERE: Walsh poses with staffers, some in costume. 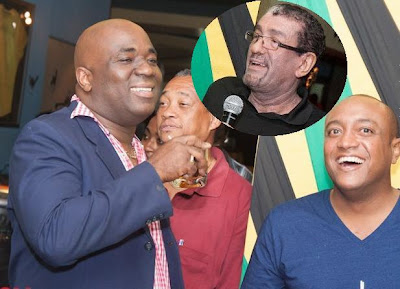