BEAUTY OF THE WEEK: Stacious on shedding the pounds, loving her body, and her bright outlook for the future 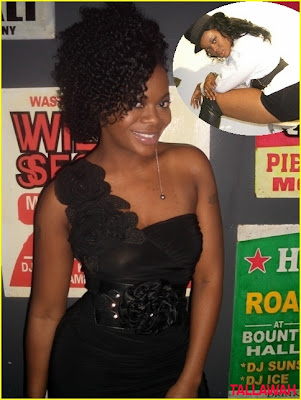 BODY ELECTRIC: “I went the extra mile,“ says the star of getting in shape.

“I just wanted a change.” That is precisely how dancehall bad-girl and budding glamazon Stacious explains her svelte new physique, which had heads turning and eyes popping inside Usain Bolt’s Tracks & Records last Tuesday night. “I’ve always been up and down with my weight, and so I thought ‘Let me just do this for once and for all.‘”

The seasoned entertainer (née Stacy Scarlett), who has worked closely with the likes of Mavado, will be the first to tell you that over the years she’s had a rather complicated relationship with her body. “At my heaviest I was close to 190 pounds, and it would fluctuate to like 180, 170, 160.” And now? “Now, I’m 140.”

In an industry where image matters and criticism can be vicious, Stacious is all about healthy living and promoting a healthy physique for young women who look up to her. But, as she tells it, losing the weight and getting in shape was a gift to herself. “To be honest, when I decided to lose weight I wasn’t thinking about it from a health perspective. I wasn’t thinking about all that,” she confesses. “It was just about achieving a particular look. So I started working out and cut out a lot of things out of my diet. I went the extra mile and got it done.”

What’s her regimen like? “I have two trainers that I work with,” she tells me, “but from time to time I like to switch it up and try different things. I really don’t like working out, but I’ve now gotten into it and used to it,” she adds, laughing.

Looking ahead, Stacious says she intends to apply her newfound sense of self and infinite optimism to all aspects of her life, including her still-hot recording career. “Of course, I have new singles out and I just shot the video for two of them and they’re now in the editing process,” she says. “For me, I want 2013 to be a year with a difference. I want to come with some unexpected kind of songs and just go and get it.”

Aside from staying in shape and indulging her passion for fashion, the new and improved Stacious – who turns 30 in December – admits that it doesn’t take much to make her truly happy. “What’s most important to me are my family and my friends,” she says, “and just having that love and positive energy surround me.”

Posted by TALLAWAH Magazine (tallawahmagazine@gmail.com) at 10:17 am

Email ThisBlogThis!Share to TwitterShare to FacebookShare to Pinterest
Labels: Beauty of the Week, Music Headlines, Stacious, The Style File