GRUB COOPER: His upcoming Hollywood project, working with the Marleys, and leaving behind a solid legacy 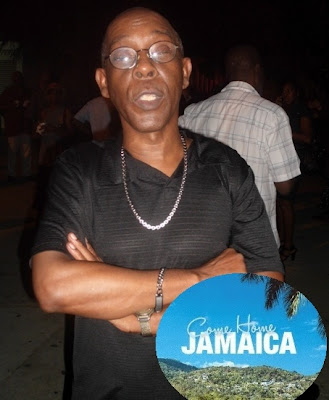 “There are so many highlights that I can’t even remember some of them,” concedes the legendary Asley 'Grub' Cooper, referring to his storied, decades-long career that has seen him bringing his steadfast, Olympic-sized talent as musical maestro to everything from LTM pantomimes and other theatrical productions to a renowned stint as Fab 5’s bandleader. Now, the 62-year-old Cooper says he’s ready to seriously try his hand at composing scores for the film world. Why not?

TALLAWAH: You’ve accomplished so much over the course of the last four or so decades. What’s left now for Grub Cooper to achieve?
Cooper: I want to do some music for five-star movies, and it can happen. I’m supposed to do something on a Hollywood movie which should have been out a couple years ago. I’ve been mandated not to talk about it because it’s for a major studio company (Miramax and the Weinsteins). But hopefully it will be out next year. Another reason it’s been on hold is because the Marley documentary needed to come out.

Speaking of which, what did you make of the Marley documentary?
It’s great, it’s history. And I knew Bob, so it’s not no make-believe thing. I was there for a lot of it, in terms of being around Bob. I’ve worked with the whole family. I am Rita’s producer; I worked with the Melody Makers, and Stephen and Ziggy when they were children. I also worked on Junior Gong’s first album before him buss big. So we have a long history.

And you recently collaborated with Cedella on her latest effort.
It was cool. She is working on a single, which is part of an album that Stephen is producing for a tribute to Nina Simone. I also worked on a jazz version of “Get Up Stand Up” for an album that was produced by Starbucks, the coffee chain in the States. I don’t think it was released here, but it is available somewhere on the Internet.

When all is said and done, what do you want your legacy to be?
I want to give young people opportunities during my lifetime, open doors for the younger ones and guide them to let them know they can do it, too. There are those who feel that they know it all, but those who do want the advice I welcome them and I give it freely. I hope I leave a good mark as a true son of Jamaica. There are always other things to do, other worlds to conquer. I just hope I have the health and the strength because you never really retire from music. The brain is always composing and coming up with fresh ideas.