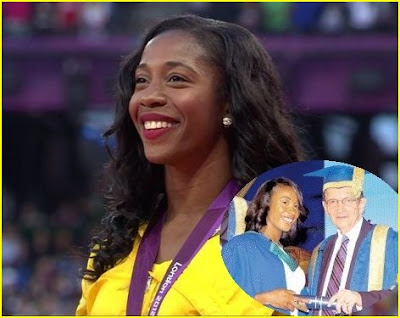 “I’m not a perfectionist in a sense, but I try to leave no stones unturned,” explains Shelly-Ann Fraser-Pryce in part two of her Profile interview on Sunday. “If I have a day to work on something, I am going to work on it. I’m not waiting till when it’s time to race to work on it. I work on it before. So that’s what I did, and my coach saw that and he became very protective of me.”

Fraser-Pryce’s enlightening comments came a day after she beamingly accepted her degree in Child and Adolescent Development from University of Technology (UTech) Chancellor Edward Seaga. The two-time Olympic 100M champion, also known as the Pocket Rocket, earned the degree with lower second-class honours.

“I’m very competitive. I don’t want to give you no jump; I want us to be on the same page,” she notes, speaking of her approach to the sport she dearly loves. “So I’m not going to be at training and everybody is running, and I’m sitting on the sidelines and nothing is wrong with me. I’m going out there to run.”

As expected, she’s taking that same fierce determination and can-do spirit into the New Year. “For 2013, I want to make it a reality to get gold in the 100M and the 200M,” she says. “I am not in competition with anybody because what I know is what I am capable of. I know what my goal is and right now I am thinking Russia.”

Off the track, the girl says she enjoys losing herself in soothing sounds and just letting the tears flow. “I listen to a lot of music and I cry. That’s my de-stress method. Sometimes you need to lock yourself away, and I do that often and try to regroup,” Fraser-Pryce confesses. “I also read my Bible and I listen to a lot of Lauryn Hill. I’m a big Lauryn Hill fan… And I love to write things down. I write a lot. I am just always writing down how I feel.”