MAN OF THE MOMENT: Actor Dennis Titus on roles, raising kids, and acting as a labour-of-love 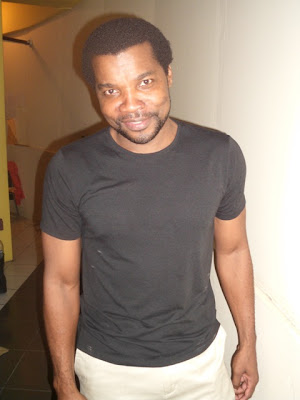 STAR QUALITY: "I believe it is an important legacy," says Titus of having kids.

Proving that he’s got bonafide leading-man credentials, these days actor Dennis Titus is mastering any given part – whether inhabiting the role of a hardworking husband whose bitter past comes back to haunt him in the acclaimed Stanley, Fay, Pularchie & P or stirring up mischief as a deadbeat dad in Courthouse Drama. TALLAWAH catches up with theatre’s reigning man of the moment:

TALLAWAH: This past summer you wowed audiences with that powerful performance in Pularchie. How would you describe the experience of working on that production?
Dennis Titus: That was actually very good for me because the thing with that show is the language, which was very different because the play was set in the 1930s, and they wanted the language to be authentic. And the script was written with that kind of language in mind. So that was the most difficult part in terms of studying and remembering the lines, because remember that the dialect was very different back then, even the accent was very different. So that was a very, very challenging piece for me.

TALLAWAH: In Courthouse Drama, you’re cast as a deadbeat father and husband. How does on prepare to give an authentic portrayal in such a role?
Titus: The thing with me is that there is a Russian dramatist called Stanislavsky, and I try to work with his technique as much as possible. But unfortunately for this character, it isn’t hard to find delinquent fathers in Jamaica, and sometimes you do your research without them knowing that you’re researching them. It takes a certain kind of mindset and self-importance to be a delinquent father actually because you almost feel as if you’re more important than the child. So I actually did more groundwork for this than for playing Stanley because [Courthouse Drama] is set in the here and now, and it required a lot of observation.

TALLAWAH: Personally, how do you feel about kids?
Titus: I do believe it is an important legacy to have kids. But that said, you shouldn’t have kids for the sake of having kids. I have two. [My daughter] just started university, and my son is very young; he’s now two.

TALLAWAH: Does your daughter plan on following you into acting?
Titus: She wants to do behind-the-scenes production and television stuff. I really try not to encourage or discourage her because to do something like this, it needs, for the most part, to be a labour-of-love. And one of the reasons I say that is because the financial gratification is not there as much as if you were dedicated to something else where you get promotion, etc. Unless you make it really big, then acting is really hand-to-mouth for the most part.

TALLAWAH: Interesting. So what are you like when you’re away from the stage and the bright lights?
Titus: Once I’m off the stage, I usually just go home and maybe watch a film. I live a quiet, simple life. I am one of those actors who don’t enjoy the theatre crowd. Otherwise, I like to drive out to the country because I am from Portland, and my family is still there. I don’t party. I don’t drink or smoke. So for me to go anywhere it has to be smoke-free.

Posted by TALLAWAH Magazine (tallawahmagazine@gmail.com) at 12:33 am