NO PLACE LIKE HOME: Busy Signal back in Jamaica, ready for reggae music again 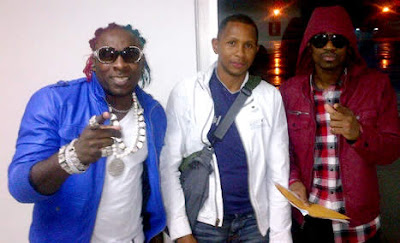 THE RETURN: The deejay (right), with Brown and Elephant Man in Kingston.

In characteristically low-key fashion, embattled dancehall star Busy Signal made his long-awaited return home to the island on the weekend, landing at the Norman Manley International Airport on Friday night. No fanfare, no grand celebration. Just a grateful entertainer basking in his newfound freedom in a red hooded top, jeans and shades and greeting his peeps who’d been patiently waiting to set eyes on him once more.

The 32-year-old deejay, born Glendale Gordon, got his freedom after serving a six-month prison term in the United States on a charge of absconding bail. On his return to Jamaica, a small welcoming party of relatives, close friends, and industry pals, including loyal manager Shane Brown and veteran colleague Elephant Man, was on hand to greet him.

Photos uploaded to Busy’s official Twitter account announced his return to his legions of fans, who responded with scores of retweets, heartfelt shout-outs and best wishes like “Welcome home bro... feels good knowing your back on Turf....” As for Busy’s own words, he chose to keep it succinct with, “Guess who is back? God Is GOOD!” – and a clip of his latest music video, for “Reggae Music Again.” Indeed. 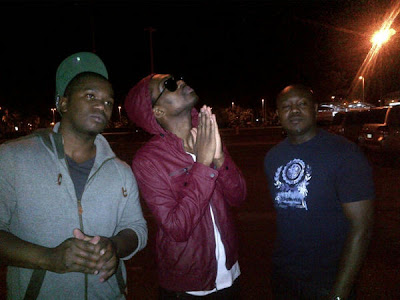 THANKS GIVING: Offering a prayer of gratitude.

RELATED ARTICLE:
In The Groove: Stellar new efforts from Gyptian and Richie Spice