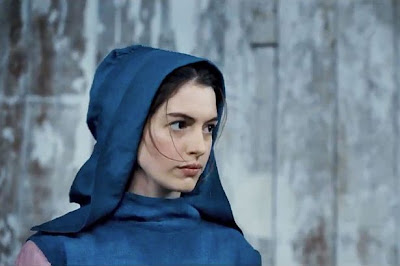 Buoyed by its star-filled cache of actors, this Les Mis is quite possibly the most feverishly awaited movie-musical since 2002’s Chicago. But here’s the million-dollar question: Can it maintain this early momentum on the long, winding and unpredictable road to Oscar night?

One’s thing’s for sure: It most certainly has the requisite pedigree to help get the job done. Co-stars Anne Hathaway and Hugh Jackman have already been singled out as locks for acting nominations for all the major prizes coming up, and it won’t come as a surprise should Hooper’s name on the Best Director shortlist.

But as one could well expect, Les Mis will find worthy competition by the time January arrives. For now, Steven Spielberg’s Lincoln (featuring a bravura performance by Daniel Day-Lewis) has lavish critical praise on its side and is nipping at its heels.

Meanwhile, in case you’re pondering the identity of this year’s Best Actress frontrunner, that honour falls to Marion Cotillard for her terrific turn as a dolphin trainer who loses her legs in Rust & Bone. Best Supporting Actress? Hathaway is garnering major buzz as the ailing Fatine in Les Mis, and largely on the merit of her showstopping rendition of “I Dreamed a Dream.” As for supporting-actor candidates, names like Joaquin Phoenix (The Master) and Eddie Redmayne (Les Mis) are being thrown around, while Best Actor hopefuls so far include Jackman, Day-Lewis and Denzel Washington (Flight).