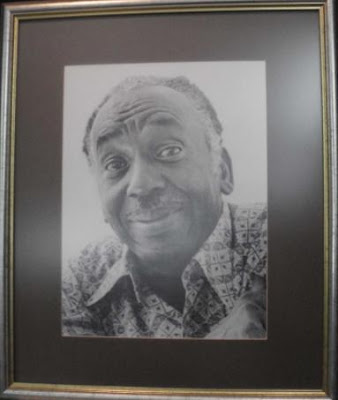 IN HIS OWN IMAGE: The Jamaican legend, circa 1970, in his prime.

As the 100-year anniversary of his birth becomes a part of the national conversation du jour, the Pantomime Company’s dream of establishing a small museum in honour of cultural icon Ranny Williams has also come into sharp focus. But as the story so often goes when it comes to matters of the arts, a lack of funding threatens to keep the dream from being realized.

According to Gloudon, the idea is that the museum will serve as a nostalgic resource showcasing theatre artefacts and other precious gems connected in some way to the late great cultural icon. “We already have a number of artefacts, if we can call them that. We have quite a lot of costumes. We have props from a lot of shows, we have stories from people, photographs, and what is our hope is that if we get a start to do anything, we will bring them all together and get it done.”

Among the prized photographs is a framed black-and-white image of Bob Marley visiting Williams on his deathbed.

“About two, three years now we have been dreaming of [the museum], and I think we need it now,” Gloudon emphasizes. “But we need help to get it going.”