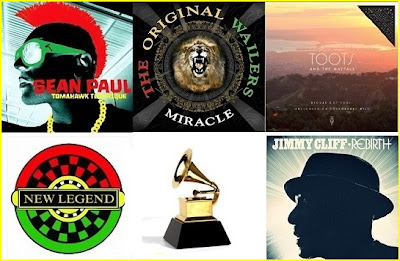 GOING FOR GOLD: A field of veterans are up for the reggae Grammy.

In the wake of Wednesday’s announcements of the 2013 Grammy nominees, dancehall superstar Sean Paul has earned his fourth career nomination for Best Reggae Album for his summer release Tomahawk Technique (VP/Atlantic). Sean previously copped the big award back in 2003 for Dutty Rock, and was nominated again for 2006’s The Trinity and 2010’s Imperial Blaze.

All the big winners will be known come Feb. 10 when the 55th Grammy Awards go live on CBS, starting at 8pm. For a complete list of the nominees, go to grammy.com.