ALBUM OF THE WEEK: Alicia Keys makes a triumphant return with Girl on Fire 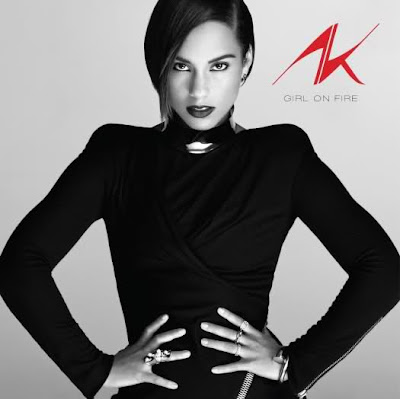 The minute you hear the first few chords of the exuberant track “New Day” off Alicia Keys’ new album, Girl on Fire, you at once find yourself in the mood to hit the dancefloor. And why not? A-Keys is back with one of the most satisfying and groovy R&B albums of her career – and the year. To say the very least, it marks a triumphant return for the acclaimed, multiple Grammy winner, whose last effort, The Element of Freedom, was fairly well-received.

Here, she exudes a passionate, manic energy that indicates she’s simply thrilled to be back on the scene. The resulting record is a largely upbeat one that boasts Keys’ trademark mix of electric vocals, soaring melodies, and versatile production. Contemporary R&B tinged with electro-pop and regular splashes of funk and neo-soul. Bliss, hope, yearning and relationships rank among the universal themes she explores. By now I’m sure everyone has heard the sky-scraping, female-empowering title track, on which Nicki Minaj lends a pair of hypnotic verses.

But the album’s real highlights include numbers sure to resonate with listeners who’ve been down since “Fallin” and those who are about to start feeling her vibe. From magical slow-burners (“Not Even the King”, “These Tears”) to uptempo jams (“New Day” and those in between (“That’s When I Knew”), these 13 tunes are as long on style as they are on substance.

By all accounts, Alicia Keys (songstress, wife, doting mom) is at a great place in her life, and thankfully she’s given us, her loyal audience, a great set of songs to share in her moment. Tyrone’s Verdict: B+