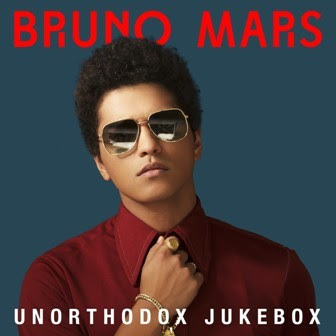 Hypnotic and hyperventilating are the first words that leap to mind to describe Unorthodox Jukebox, the newly-arrived sophomore effort from pop sensation Bruno Mars. It is by far one of the year’s best recordings. It helps, too, that the music is by turns polished and lyrically excellent, not to mention highly danceable and groovily infectious in its full-on exploration of sex and the good life.

Each of the ten tracks kills, but any mention of the best cuts must include “Moonshine,” a psychedelic slice of cosmic bliss riffing on that A-grade love that takes you to new highs. Funky first single “Locked out of Heaven” equally displays Mars’ capacity for ferocious vocal performances. While “Young Girls” soars over a pounding bassline, “Gorilla” is a tuneful send-up of that passionate primal-carnal lovemaking. “You got your legs up in the sky, with the Devil in your eyes…. In this jungle you can’t run,” Mars proclaims.

Like his critically acclaimed smash debut, 2010’s Doo Wops & Hooligans, this sophomore effort moves seamlessly between the genres, touching on everything from old-school disco (the delicious “Treasure”) to one-drop reggae (Witness the sublime instant hit “Show Me”).Ten tracks appear on the standard album, but the deluxe version offers five additional cuts, including marvelous acoustic/demo renditions of “Gorilla” and “Young Girls.”

Throughout, Mars comes across as the daring songwriter (working alongside his production team, The Smeezingtons) who’s not afraid to go there in his lyrics while remaining true to the quality and class that put him on the map with fans and critics, who have deservedly ranked him among the new-generation vocalists (Frank Ocean, Miguel, Luke James) worthy of attention. Tyrone’s Verdict: A-

Posted by TALLAWAH Magazine (tallawahmagazine@gmail.com) at 2:10 am