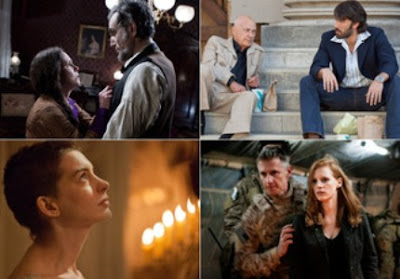 Tom Hooper's “Les Miserables” and David O. Russell's “Silver Linings Playbook” were next in line with 11 and 10 nominations, respectively, including best picture. The three films were joined in that race by “Argo,” “Beasts of the Southern Wild,” “Django Unchained,” “Life of Pi,” “The Master,” “Moonrise Kingdom” and “Zero Dark Thirty.” Winners will be known on January 10, when the awards are handed during a ceremony to be aired. Here’s a look at the key categories. To see the complete list visit criticschoice.com.