ENTERTAINER OF THE YEAR: Romain Virgo shines as he expands his range and repertoire 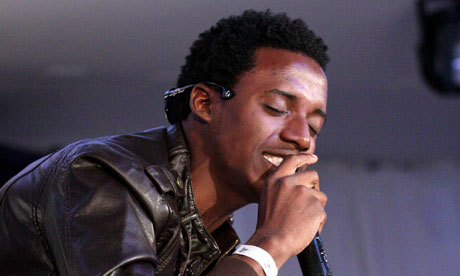 IN THE KEY OF LIFE: ”I feel like there’s always room for growth.”

In 2012, singer Romain Virgo turned the music industry on its ear, proving that an under-25 artiste can have the same sort of profound (or even more powerful) impact as his older and more seasoned colleagues. Many people felt that his exuberant, reflective, and all-round terrific sophomore album, The System, which came out in the earlier half of the year, had peaked, but the young singer and his management team knew the album still had a lot of life.

By trusting his instincts, he dropped multiple singles (including an emotionally-charged take on Adele’s “Don’t You Remember?”) and embarked on sold-out tours across Asia and Europe, his first major outing as a solo headliner. The move worked, keeping Virgo’s singles in heavy rotation and making him one of the most in-demand reggae acts of the year.

Given the huge amount of respect he’s been garnering of late, it comes as no surprise that the 24-year-old singer-songwriter is already being dubbed a young legend in the biz. When I mention this to him, as he prepares to wow the massive crowd at Sting, he lets out a hearty laugh. “It’s motivating,” he responds. “And it feels good to get that kind of love, knowing that there’s much more room for improvement. A lot of people are looking for me to do well and make them proud. And I feel like there’s always room for growth.”

By his own admission, what accounts for Virgo’s fearless rise to superstardom and his compelling presence on stage is simply the fact that he released the fear long ago and is busy tapping into his inner power and confidence. Witness his showstopping performances at mega-sized events like the GT Taylor Extravaganza and Sting 2012, where he shared the bill with the likes of Tommy Lee and Busy Signal. “Those are the kinds of crowds that we love to go and perform for,” Virgo explains. “And that’s one of the things that I appreciate most about myself: I don’t fear anybody. It doesn’t matter who goes on before me; I will go on after anybody to perform.”

Reflecting on the wonderful year he’s had, Virgo says getting to perform on shows like Sting is in large part a reward for being one of the year’s standout entertainers. “It just goes to show how well you do did for another year, so I’m just looking forward to passing this next exam and pleasing the fans,” he tells TALLAWAH a few hours before the show, which is held every Boxing Day at the Jamworld Complex in Portmore.

The New Year will bring its own share of challenges and triumphs, but Virgo makes it clear that he’s ready for the hard work it will take to emerge on top. Up first is the release of a brand-new mixtape, due out in January. “It’s my first-ever mixtape featuring new songs and songs that nobody has ever heard before, and songs that we released a long time ago that people never got to hear,” says the singer, who now has two acclaimed albums under his belt. “So we are doing this mixtape in a detailed way for the fans.”

And he’s not done yet. “Our main focus for next year is on getting the Romain Virgo image out there some more,” he says. “So people can expect a lot more things. There are some many songs that we have and are eager to put out. I am looking forward to a bright 2013.”