FILM OF THE WEEK: Lincoln offers a wise, dignified portrait of Honest Abe 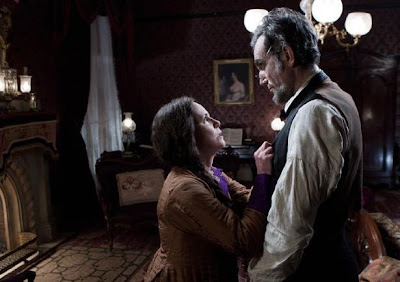 DYNAMIC DUO: Day-Lewis and Field in a scene from the film.

Steven Spielberg (Saving Private Ryan, War Horse) has always excelled at helming wartime movies, and his latest, Lincoln, is another visceral, masterful achievement that explores Honest Abe’s fervent determination to bring an end to slavery at the height of the American Civil War. Daniel Day-Lewis (There Will Be Blood) seems assured a third Best-Actor Oscar for his brilliant (nuanced, restrained) portrayal of the iconic president, conveying his motivations and vulnerabilities with remarkable precision. He’s ideally cast.

Part insightful history lesson, part intriguing character study, Lincoln is a thoroughly absorbing film about the winds of change, though not exactly a biopic as its mononymous title would suggest. Under Spielberg’s deft direction, we get a compelling look at the kind of fight that was required to have the all-important 13th Amendment passed, not to mention the tumultuous last few months (in office) of the 16th President.

In the end, this Best-Picture contender (solid writing, first-rate acting) that’s been dominating the pre-Oscar nominations, succeeds tremendously in offering a wise, dignified portrait of one of the most highly revered political figures in American history. Tyrone’s Verdict: A