HARRY BELAFONTE: The cultural icon on his Jamaican roots, being a lifelong actor-activist, and defying categorization 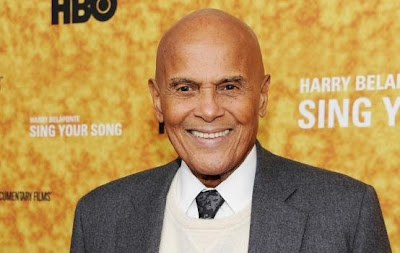 SHINING EXAMPLE: "I was long an activist before I became an artist."

In addition to a wonderful serving of comprehensive exposés, insightful and in-depth features, and art and book reviews, the new issue of culture bible Jamaica Journal offers an exhaustive interview with living legend Harry Belafonte, who sat down with the OnePeople documentary crew for his contribution to that film, which was released in August. Below, excerpts from Belafonte in his own words:

What has been Jamaica’s greatest gift to the world?
I would say Jamaica’s greatest gift to the world is Blue Mountain coffee, which would catch a lot of Jamaicans off guard…. But the truth of the matter is that it has always been curious to me that Jamaicans should be so dominant in world affairs, and what is brought to the table and how often it’s demonstrated that inherent in our people and in our location is a great DNA, some stamp that is very specially Jamaican.

Are there any Jamaican expressions that you use?
All the time, mi use dem all di time, so many mi caan say in di film, bu mi pick up a couple like “couyah, couyah!”, “macca” and “duppy”. If I want to identify with a Jamaican, I just throw out some of these words and instantly there is a recognition and I can go right through. That’s normal for me, but the indelibility of my childhood growing up in St. Ann, up in Aboukir, right outside of Brown’s Town and going down to Ocho Rios, with the goods and the services and the banana and the yam and the plantain and all the things we used to grow, well, that kind of experience is in your blood forever, it don’t go nowhere. You can layer it over, you can hide it, you can pick up another rhythm in your linguistic style, but if you push the button hard enough, something comes out in who you say you is, say you are. One of the great joys that I have in the serving of Jamaica is trying to make sure that my life is never without a day where the beauty and the power and the means that I have is constantly present.

You are not only an artist and a performer but also a very strong civil rights activist. You say you don’t want to be categorized, but what has been more important to you?
Let me set the record straight on one point: I was long an activist before I became an artist. My activism was in place since my infancy, my activism was when my mother counseled me to never give up the struggle against injustice. I became an artist and through my art I decided to reveal my activism and to use art as a tool for liberation, and I always saw that as my mandate.

Chris Blackwell had said repeatedly that he was inspired by your “Island In The Sun” to name his record company Island Records.
I think the ramifications of Calypso, the album, had a huge impact on a lot of other aspects of life. It was really the basis and origins for what ultimately emerged as world music – there was no such title in the early days, but there was no category for what it was that I did. People didn’t know whether to call me a folk singer or calypsonian or pop singer, or exactly what is he, and to this day no one knows quite what niche to put me in. Which is a perfect place for me to be: if you can’t find a category in which to put me, you’ll have to accept the category into which I lead you.

>> To read the full text of the interview with Belafonte, pick up a copy of the latest Jamaica Journal, now available via booksellers islandwide.

Posted by TALLAWAH Magazine (tallawahmagazine@gmail.com) at 8:45 am