HEAD OF THE CLASS: With talent, ambition, and a bright future, Cadine Hall’s star is on the rise 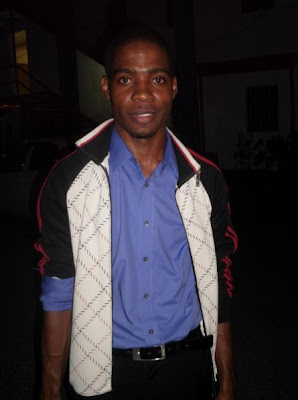 IN PROFILE: "Life is always a learning process."

Over the course of the last ten years, Cadine Hall has been steadily ascending the ranks of the Pantomime Company, graduating from small parts to more sizeable roles that have certainly gotten him major notice. Now he’s making the leap to the head of the class, literally, as Headmaster, the principal role in Skoolaz, opening at the Little Theatre on Boxing Day.

Though he’s full of gratitude for all he’s been achieving of late, Hall rightly makes it clear that the sky is the limit for him. “As an actor, I haven’t yet gotten to the place I want to be,” he admits to TALLAWAH at Monday’s launch. “But I feel I have evolved in terms of how I interpret roles. I appreciate the challenge of the process more. For me, life is always a learning process.” 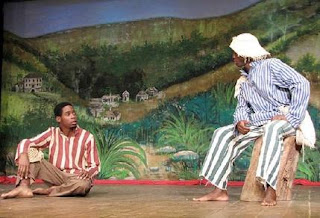 A 32-year-old who works in customer service and information technology, Hall readily sings the praises of his more seasoned colleagues, like Faith Bucknor and Doreen King, who’ve been the backbone of the Company for ages. “I’ve realized that I’ve learned a lot from them,” says the York Castle alum. “You can’t help but learn.”

Simply put, the night is young on Hall’s career, but already one thing is certain: he’s destined to do great, great things in the Pantomime Company. Who knows? He might even go one to position himself as the next Ranny Williams (a cultural legend in every sense) or something close. “To be headed in that direction, I’m truly honoured,” he responds to the idea, laughing. “Ranny Williams was one of those persons in theatre who showed that being an actor is a challenge, but that it also makes you come alive.”

Posted by TALLAWAH Magazine (tallawahmagazine@gmail.com) at 2:00 am