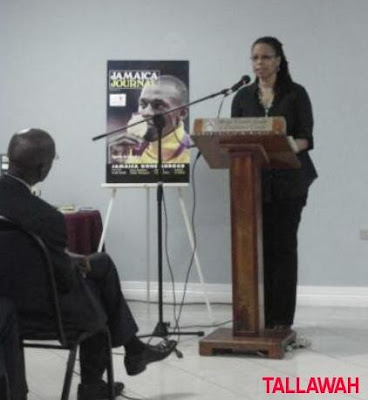 “It’s hard to explain what has come out of this country, but it’s amazing,” remarked Dr. Kim Robinson-Walcott, longstanding editor of the Jamaica Journal, as she addressed the modest gathering that turned up at the Mona Visitors’ Lodge on Wednesday morning for the launch of the latest issue of the culture bible.

Indeed, the new issue (Vol. 34, nos 1-2), dubbed “Jamaica Gone Abroad” and featuring ace sprinter Usain Bolt on the cover, reflects the contributions of amazing Jamaicans of all stripes – including our outstanding Olympians, as well Harry Belafonte and Dudley Thompson, and several others. Additionally, Jamaica’s 50 years of Independence and Foreign Service is examined from such perspectives as “Sports in Jamaica since Independence”; “Michael Manley’s Foreign Policy”; and the “Top 100 Jamaican Songs – 1957 to 2007,” a wonderful piece contributed by Dr. Omar Davies.

Other highlights include comprehensive articles on Jamaican maroon ethnomedicine, Hellshire’s early years, Barrington Watson, and the late great Arthur Wint’s passion and dedication to sports, to name only a few. “The aim is always to include a wide range of material, and I think we succeeded with this issue,” said Robinson-Walcott. 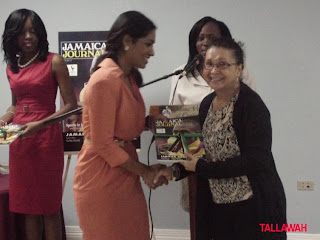 But in spite of its distinguished reputation, putting out a new issue of the publication remains a stark challenge, due largely to financial constraints. “The Journal is a labour of love for the IOJ, who have to struggle to publish every single issue with dwindling advertising support,” said Robinson-Walcott. “But everybody does it out of respect for the publication.” Adds Vivian Crawford, Executive Director of the Institute: “[The team] always achieves solid gold, and the end always crowns the beginning.”

At Wednesday’s launch, copies of the new issue (a nice Jamaica-50 keepsake) were presented to the UWI Library, the UTech Library, and the National Library, and other recipients.

In existence since 1967 (and sold to subscribers across the globe), the Jamaica Journal is the foremost academic text of Jamaican history and culture, publishing scholarly articles on the arts, the environment, and contemporary issues. In 2011, it garnered an Award of Excellence for the most accessed journal from the Digital Library of the Caribbean.

Posted by TALLAWAH Magazine (tallawahmagazine@gmail.com) at 1:05 am