MICHAEL FRATER AT 30: The ace sprinter on moving on, plans for law school, and maintaining a bright outlook 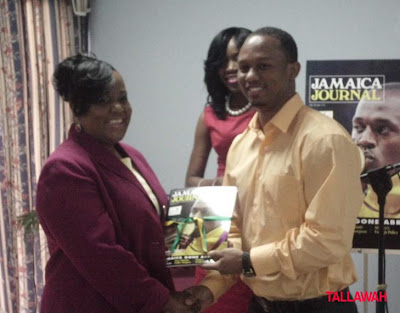 Perhaps it’s destiny that at age 30, and with the year drawing to a close, Michael Frater finds himself at a crucial turning point in his personal and professional lives. The well-respected track star, who captained Team Jamaica at the London Olympics this past summer, has parted company with his longtime club MVP, as he embarks on a new chapter that’s taking him into the heart of sports administration and beyond.

But is the sprinter officially done with competing professionally for Jamaica? “I haven’t made a decision yet about that as yet,” he tells TV J Sports, sounding cautiously optimistic about his future. “I’ll more than likely go back to law school because it’s been instilled in me from an early age that track and field will not last forever; it only lasts for a certain time span so you have to make sure you have an education so that if anything happens down the line you have a career to fall back on.”

On Wednesday morning at the Mona Visitors' Lodge, Frater, who holds a degree in Political Science from the Texas Christian University, was in attendance at the launch of the latest issue of the Jamaica Journal, which is led by the insightful article “Sports In Jamaica since Independence: A Panoramic View.” As the newly elected third vice-president of the Jamaica Athletics Administrative Association (JAAA), Frater was presented with a copy of the Journal on behalf of the sports body.

Meantime, given his new responsibilities, Frater knows he has got his work cut out for him, but he says he’s fearlessly up to the task. “For a long time, there’s been a disconnect between the athletes and the administration, and that is something I want to help to correct,” he tells TALLAWAH. “This has been a natural transition for me, and I’m just hoping for the best.”