RODNEY CAMPBELL: The actor sounds off on cougars, ambition, and building a solid body of work 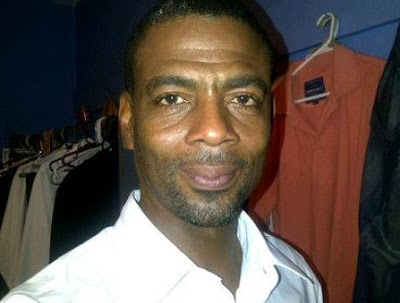 ROLE CALL: "I think I have a lot more to do in film and theatre."

From screen (Glory to Gloriana) to radio (FAME FM’s Uncensored) to stage (4Play, Where Is My Father?), Rodney Campbell keeps reminding us that he’s a man of many talents, armed with a killer mix of charisma and conviction. This month, the award-winning actor brings his A game to David Tulloch’s sex-and-scandal drama Wine & Roses, now playing at the Pantry Playhouse. TALLAWAH catches up with him for a quick one-on-one:

TALLAWAH: Tell us about the character you’re tackling this time around.
Campbell: This time around I’m playing an older gentleman on the lower end of the social spectrum who follows Rastafari, but not fully endorsed with the locks and ting. He is like an older guiding force for a young man in the community. He doesn’t have a father, so I’m there to kind of guide him, even though his mother thinks I’m a bad influence.

So how do you feel about the play’s handling of the controversial issue of older women loving younger men?
A lot of people still find the whole ‘cougar’ thing as a shock, so the play embodies that kind of thing and presents it in a very real-to-life kind of way. And I’m sure, based on the dynamics presented, that this is how some of these women come to find themselves in situations like these, but more importantly how young men come to find themselves in situations like these. I think it will be very instructive for people to come and sit down and watch this play.

In retrospect, what do you make of your evolution as a thespian?
I think I’ve been very fortunate because I don’t have that many productions under my belt, but luckily I’ve already won an Actor Boy for best supporting actor. And incidentally it was with David Tulloch that I had done 4 Play, and now I’m working with him again. I’ve done two films already, played lead in a full-length feature film (Glory to Gloriana), which really does put me in a different category as a homegrown Jamaican actor.

What’s next for you as far as film and theatre goes?
I think I have a lot more to do in film and theatre, in terms of building a solid body of work. So hopefully one day Robert DeNiro or Al Pacino will be having a drink in New York, look up and say, ‘Look, there he is!’ (Laughs).

That’s quite a lofty dream….
It is, but whether you get to that level or not, it’s still a continuation of a process of work because everything that you do is just a part of the artistic expression. I can only hope for more great things to come.