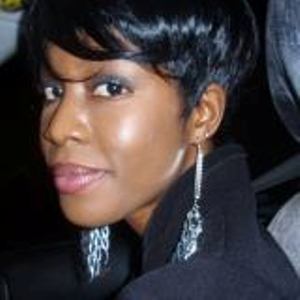 It’s a fervent desire of many of today’s emerging stage actresses to make the leap into film. Trudy Bell is certainly no exception. In fact, the astonishingly versatile actress is months away from witnessing her dream become reality, having snagged the lead role in Hostage of Jealousy, an intense Jamaican marital drama set to start filming in 2013.

“I play a character by the name of Janice, who’s actually a driven lawyer,” Bell explains over the phone. “She’s in a marriage, but she had to deal with a lot of issues with her husband, and it really pushes her over the edge.”

It’s shaping up to be a demanding part for the budding thespian, but you know Bell is up to the challenge, especially if her spirited portrayals in such diverse fare as Adopted Child, Over Mi Dead Body, and CVM’s Joint Tenants (now in its second season) are anything to go by. “This movie role is something I’m really looking forward to,” she confesses enthusiastically. “I want to see what I can do with it.”

Bell has also been busy excelling on the academic front, as she is about to wrap up her first degree programme at UWI Mona. “I’m now in my final semester, with three exams to go. It’s been pretty good. I feel like the sky’s the limit,” she says of her major in Management Studies, with which she feels comfortable as a fallback career option.”

“I just felt like I really needed to have a career option outside of acting because you are basically a part of an entertainment industry as an actor,” says Bell, whose next stage play is The Student, opening later this month. “But I wanted to know a bit more about management so that if at any point I feel like going out on my own I’ll be able to achieve success.”

And because she’s well aware that there’s much more to life than bright lights and money, Bell (now 27) says she is yearning for the simple things this Christmas. “To be perfectly honest, I’m just hoping to be with my family and close friends this Christmas,” she says. “That’s what’s most important to me right now.