TANYA STEPHENS: The singer-songwriter sounds off on her next album, keeping it real, and turning 40 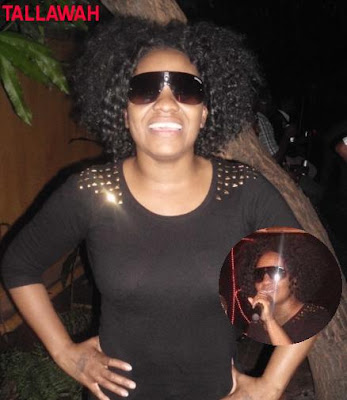 FRAME OF MIND: "Getting to where I am is something to be proud of."

Few contemporary Jamaican entertainers stir emotion and provoke thought in equal measure as compellingly as Tanya Stephens, the veteran singer and songwriter whose upcoming album, Guilty, will continue her one-of-a-kind exploration of relationships (and a host of other hot topics) with hard-hitting lyrics and humour. On Wednesday night at Redbones, Stephens thrilled the Word-Soul patrons with a small fraction of her repertoire and some distinctively radical reasoning that had everyone cracking up. TALLAWAH caught up with her after the show:

TALLAWAH: Why do you take such a boldly unorthodox stance on relationships? What accounts for that?
Stephens: Well, I’m just being realistic. I’m not a hypocrite. I don’t lie ’bout nothing. I’ve always been this person, but what I’ve changed is how I display myself to other people. There was a time when I would just sit down in the corner and not say anything because I didn’t want to upset anybody’s apple-cart, and I didn’t want to start too many arguments. But now I don’t really care what anybody thinks. The older I get is the less I care about what other people think.

You have a new album called Guilty coming out soon. Why that title?
Because I get accused so much, so I’m just like f—k it, ‘I’m guilty!’ [The album] will be out next year. I was aiming for this year, but I didn’t hit the mark. I’m finished with the album though; it’s just the behind-the-scenes discussions that’s dragging out longer than expected. But it definitely ah come out.

You turn 40 next year! How do you feel about such an incredibly personal milestone?
I’m not no regular 40 (Laughs). I feel proud, coming from where I’m coming from. And getting to where I am, that’s definitely something to be proud of. I am very happy. I am the mother of an 18-year-old, so next year when I turn 40, she turns 19.

I had no idea you had such a big daughter.
Yeah, mi have one big pickney, and for me, I think that is something to celebrate.

So music and family aside, what always makes you happy?
Seeing people come into themselves and feel comfortable in their own skin, and expressing it. So obviously I don’t get that all the time because so often people are forced to compromise themselves and that bothers me. But hanging out with people, having a drink, getting sloshed (Laughs). All of that makes me happy.

Posted by TALLAWAH Magazine (tallawahmagazine@gmail.com) at 2:49 am